Sri Pingali Venkayya- The Man Behind Our Tiranga 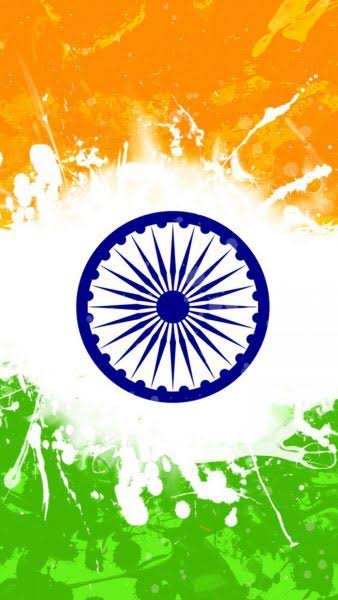 I wrote this essay for a competition when I was in school. I did not know who Pingali Venkayya was before that, and felt pretty ashamed when I came to know that he is the man behind our national flag- Tiranga. I thought that I might have already put it up on my blog, and wanted to share the post today. But when I found that I hadn't, I wanted to share the essay, on account of India's 71st Republic Day, today! Happy Republic Day, and happy reading! Jai Hind!

Every free nation of the world has its own flag. It symbolizes the ideals that a country fundamentally stands for. At all national meetings, festivals, and occasions, it is the national flag that flies high. It is by the national tricolour, the tiranga, that India has its identity. Waving the national flag creates a sense of unity and patriotism in the country. Be it a cricket match, or a national event, the tricolour flag of India flies proudly. It is hoisted in the Red Fort every year by our President and Prime Minister during Independence Day, 15th August, and Republic Day, 26th January. And, this flag is a slightly altered form of Sri Pingali Venkayya’s design of the Indian National Flag.

Sri Pingali Venkayya was born in the village of Bhatlapenumarru, Krishna district, near Masulipatnam, Andhra Pradesh. After finishing his schooling at Machilipatnam, he went to Colombo for further studies. He first met Mahatma Gandhi while he served for the British in the Anglo-Boer war, fighting for the British, in South Africa. He was kindled and inspired by Gandhi, and was also greatly influenced by his ideas. He became a Gandhian.

During the duration of five years that Sri Pingali Venkayya stayed in North India, he actively participated in politics. After the 1906 Congress session with Dadabhai Naoroji, Pingali Venkayya manifested himself as an activist.

Our National Flag, in the form that it is now flown, was adopted during the meeting of Constituent Assembly held on the 22 July 1947, a few days before India's Independence from the British on 15 August, 1947. It served as the national flag of the Dominion of India between 15 August, 1947 and 26 January, 1950, and became the flag of Republic of India after that. The term "tricolour" or “tiranga” refers to the Indian national flag.

What do the three colours, that Sri Pingali Venkayya created for the Indian flag, represent?

Sri Pingali Venkayya definitely has to be attributed for creating the idea and design, on the basis of which our present National Flag of India has been created. It has been so many years since the adoption of our Indian flag, and still the flag is hoisted up creating a strong bond among the Indians. The tiranga unites the diversity of India.

Knowing about Pingali Venkayya’s contribution to the nation, and the important relevance it has in our nation today, will serve the purpose of institutional memories of the nation and the Freedom Struggle, to keep the youth of India motivated and inspired to stand up to basic values. This will help the youth to participate actively in Indian politics, and also be responsible citizens of India, upholding the constitutional values that India's flag stands for.
Posted by Sandhya Varadharajan at 6:46 PM