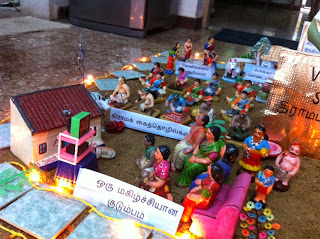 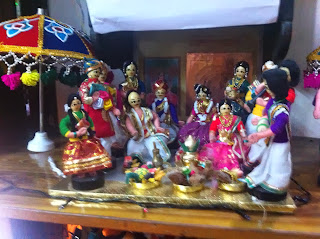 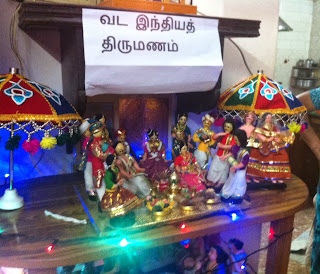 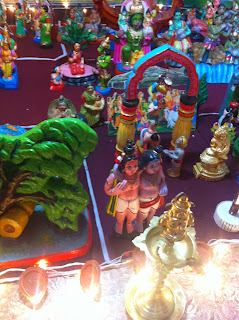 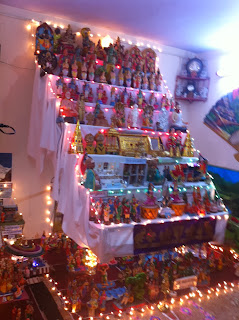 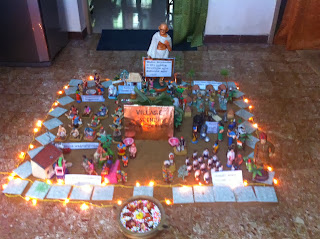 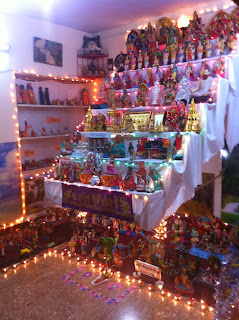 Posted by Sandhya Varadharajan at 7:37 PM No comments:

My Post For YOCee - My experience on stage and backstage

Here is the post I wrote for YOCee after participating in an English play named "Matrimorphosis" ( adapted from Shakespeare's comedy 'The Taming Of The Shrew' ) in the School Anniversary.

Posted by Sandhya Varadharajan at 1:41 PM No comments:

In the eleventh class of the critical thinking course, we saw the movie “Witness For The Prosecution”. It is actually a play written by Agatha Christie. This movie was showed to us so that we understand about evidence. It was good.

The twelfth class was the last day of the course. We took pictures together. We tried solving a few problems. Here are those problems for you to attempt...
The first one is well-known and quite easy.

Q1. Sruti, Keerthanya and Sandhya eat at a eatery. The waiter says the bill is Rs 30 and each of them give Rs 10. When he takes the money to the cashier, the cashier returns Rs 5 as the bill is only 25. The waiter wonders how to distribute 5 between three and being intelligent, decides to keep 2 and return one to each. So each of them paid 9 a total of 27 and the kept 2 so total is 29 whereas they originally paid 30. What happened to the missing rupee?

Q2. At the Secret Convention of Logicians, the Master Logician placed a band on each attendee's head, such that everyone else could see it but the person themselves could not. There were many, many different colors of band. The Logicians all sat in a circle, and the Master instructed them that a bell was to be rung in the forest at regular intervals: at the moment when a Logician knew the color on his own forehead, he was to leave at the next bell. Anyone who left at the wrong bell was clearly not a true Logician but an evil infiltrator and would be thrown out of the Convention post haste; but the Master reassures the group by stating that the puzzle would not be impossible for anybody present. How did they do it?

Q3. The King called the three wisest men in the country to his court to decide who would become his new advisor. He placed a hat on each of their heads, such that each wise man could see all of the other hats, but none of them could see their own. Each hat was either white or blue. The king gave his word to the wise men that at least one of them was wearing a blue hat - in other words, there could be one, two, or three blue hats, but not zero. The king also announced that the contest would be fair to all three men. The wise men were also forbidden to speak to each other. The king declared that whichever man stood up first and announced the color of his own hat would become his new advisor. The wise men sat for a very long time before one stood up and correctly announced the answer. What did he say, and how did he work it out?

Do share your anwers.
Posted by Sandhya Varadharajan at 4:19 PM No comments:

In the 10th class of the course, we moved on to the final part of the course – evaluating arguments, looking at its strength and weaknesses, its success and failure.
The first step is to see in which area the argument lies in the table given below:

If the argument lies in the region ‘A’ then it is a strong argument as it is both valid and sound.
It is a waste to argue if the reasons are in region 'D' as it is both invalid and unsound.

We learnt that circumstantial evidence is rarely conclusive by itself.
The most reliable evidence from witnesses is a first hand account. Hearsay evidence is not as reliable.


The witness’s credentials(qualification or reputation) are important, but do not guarantee that their evidence is reliable.
Posted by Sandhya Varadharajan at 9:57 AM No comments:

On the 9th day of the course, we saw the movie “Twelve Angry Men”. I loved the movie. It's about a jury which tries to decide whether a man had committed murder. The first time they vote to check their unanimity, eleven members are convinced that the person in the trial IS guilty and only one is convinced that he MIGHT NOT be guilty. It becomes a eleven-to-one majority. Slowly, the one man convinces all the others with his effective, reasonable, valid and sound counter-arguments. The movie is all about arguments and counter-arguments.

It is a beautiful movie. It is a must watch category.
Posted by Sandhya Varadharajan at 9:08 PM No comments:

Posted by Sandhya Varadharajan at 10:11 AM 3 comments: Title: Spider’s Web
Author: Agatha Christie
Main Characters: Clarissa Hailsham–Brown, Henry Hailsham–Brown, Hugo Birch, Sir Rowland Delahaye, Jermy Warrender, Pippa, Eglin, Miss Peake (Mrs. Brown), Oliver Costello, Miranda, Inspector Lord, Constable Jones, Sir John, Mr. Jones (Kalendorff).
Description of one of the main characters: Sir Rowland Delahaye is a distinguished looking man in his early fifties with a charming and cultivated manner. He is highly intelligent. He helps the policemen find out what the truth is.
Whom I like and why: I like Clarissa Hailsham–Brown. She is very imaginative. She does not sulk saying that it’s boring. She makes her environment cheerful and enjoyable. She is very good at creating stories and situations.
Whom I dislike and why: I dislike Jermy Warrender. He is the one who murdred Oliver Costello and Mr. Sellon. He also tries to kill Pippa and Clarissa but the police catch him before he could.
Setting/theme of the story: Clarissa lives in Copplestone Court with her husband, Henry Hailsham-Brown and her step daughter, Pippa. After living in London she is actually bored to be in the countryside. But she always thinks of situations like “what if I find a dead body in the library?” and also tries to think out that she would do in those situations. One day while she is cleaning up the hall, as a main visitor was joining her husband shortly, she finds a dead body behind the sofa. Not knowing what to do and with the help of Uncle Roly (Sir Rowland Delahaye), Hugo Birch and Jermy, she transfers it to a secret passage. They find the dead body to be Oliver Costello’s. Suddenly the police arrive saying that they had got information about a dead body in Copplestone Court. They discover the dead body in the secret passage and start investigating. Clarissia lies to the police, though she did not commit the murder. At last, they all find out that Jermy was the culprit. Clarissa finds out this when Jermy tries to kill Pippa as Pippa had seen Jermy kill Oliver by hitting Oliver with his golf culb. They also find out that Miss Peeke is actually Mrs. Brown. All ends well.
Part I Enjoyed The Most: I enjoyed the part when Clarissa and the three men hide the corpse of Oliver Costello in the secret passage.

Posted by Sandhya Varadharajan at 1:06 PM No comments: 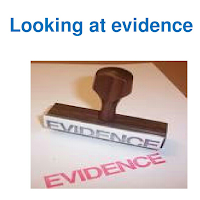 In the 8th class of the critical thinking course we learnt about evidence. We learnt that  stronger the evidence, more confident the conclusion. There are two types of evidence.

We also saw what circumstancial evidence is. Circumstantial evidence consists of facts, or circumstances.
We got to know the important part played by corroboration.
Corroboration means agreement. It helps in evaluating evidence.


We also took a look at the credibility, plausibility and reasonable doubt of an evidence.
Posted by Sandhya Varadharajan at 2:46 PM No comments:

Deductive logic is always valid. It can either be sound or unsound.
Example for a valid but unsound deductive argument :

R2: It moves with a trough of low pressure along its leading edge.

C: Consequently violent stroms can be expected to develop in the north Atlantic in next 24 hours.

Here, we are stating examples and then concluding. We do not know if its 100% valid in inductive logic, though it may be sound.

We learnt the difference between the two.

Posted by Sandhya Varadharajan at 2:21 PM No comments: