Famous Five : Five Get Into Trouble

Description of one of the main characters : Aggie is a poor, miserable and scared old woman. She takes care of Mr. Perton’s house. She is very kind with the four children and the dog. She works under Hunchy, a hunch back and short-tempered man. She is the cook and the maid.

Whom I like and Why : I like Anne as she is kind and brave. She sometimes gets scared. She is helpful. She is one of the Famous Five. I like Timmy as he is clever. He knows what to do, where the children are and everything else. He can carry messages. He too is one of the Five.

Whom I dislike and Why : I dislike Mr. Perton. He helps the thieves to change their prison clothes. He arranges for escapes. He hides them safely in the secret sliding room. He sends them safe abroad. He earns a lot of profit through these activities. He does a very cunning job.

Setting/Theme of the story : The Famous Five plan to go on a cycling tour on their own. On their way, they meet Richard Kent, a rich boy. Richard tells a lie to The Famous Five and comes with them to the cycling tour. He lies that he would go to his aunt’s house which is in Middlecombe Woods. They drop him and ride away. After some time, Richard comes running and yelling in his top voice. He tells Julian that some men are after him. Meanwhile, the chasing men think that Dick is Richard and kidnap Dick. They kidnap Dick because Dick is short for Richard and the kidnappers think Dick is trying to fool them. So they drag Dick to Owl’s Dene in Owl’s hill. The Famous Five find secrets and save Dick. Richard goes and calls the police. The police hand-cuff the thieves and kidnappers including Mr. Perton, Weston, Rooky and the others. Aggie and Hunchy are no more slaves. They thank the four children. Julian scolds Richard for his foolishness of telling lies. Their cycling tour is unfinished but they had a wonderful adventure.

A different ending : Julian goes to the police station to tell the police the whole adventure properly. He thank the police for saving them from the ruffians. He tells that they got into a trouble just because of the lies foolish Richard Kent told them. Anne, Dick, George, Julian and Timmy go home excited and tired.

Posted by Sandhya Varadharajan at 10:36 AM 2 comments: 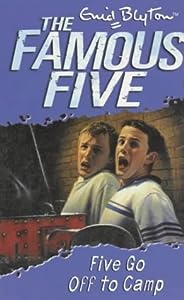 Description of one of the main characters : Mr.Luffy is the head of the boys school. He has a good sense of humour. He is fond of insects. He has many insect specimens. He is always kind with everyone. He goes early in the morning searching for insects.

Whom I like and Why : I like George as she is brave. She is a hot tempered person. She is independent. She save the lives of the three boys Julian, Dick and Jock by cutting the rope and finding a way of escape from a dark lonely railway yard.

Whom I dislike and Why : I dislike Mr.Luffy as he is fond of insects (I don’t like insects). He has unusual insect specimens. He always goes early in the morning in search of insects and  returns late at night.

Setting/Theme of the story : Anne, Gorge, Dick,Julian and Timmy plan to camp with Mr.Luffy   in the moors . They all go in Mr.Luffy’s car. The four children and the dog find an unused railway track in which spook-trains run in the night without anyone driving it. They become friends with Jock , the moorland farm boy. He has a step father. His step father warn the children not to go to the railway yard. But the children do not listen and they go. They find that Mr.Andrews, Jock’s step father and his company are black marketers. They steal goods and sell it to the black market. Anne goes and tells the police. The police catch the black marketers.Jock is happy. He is rid of his troubling step father.Jock and the Famous Five have an exciting adventure.

The Part I enjoyed the most : I enjoyed the part when the Famous Five find the unused railway yard and explore it. It is very exciting.

A different ending : The Famous Five tell Wooden-leg Sam that there are no spook-trains. Wooden-leg Sam becomes a good friend of theirs. He does not live in the old railway yard anymore. The yard is used for transportations. Anne, Dick, Julian, George and Timmy go back after the holidays. Wooden-leg Sam is kind to Jock. Jock is happy and no more lonely.

Posted by Sandhya Varadharajan at 6:19 PM No comments: 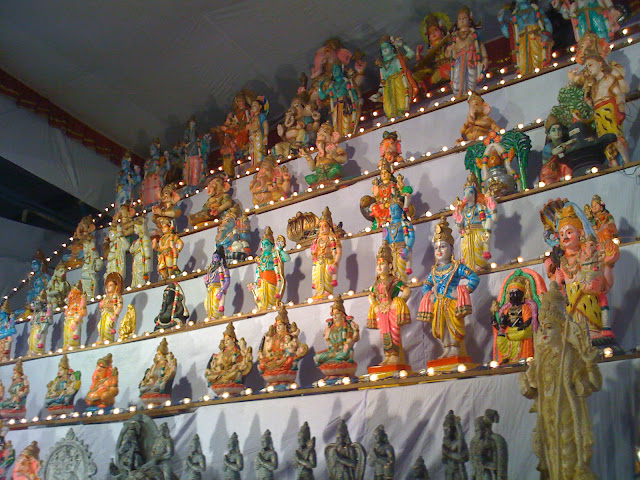 Posted by Sandhya Varadharajan at 8:19 PM No comments:

Description of one of the main characters : George is a brave girl who likes to be a boy. She is independent. She is a hot tempered girl too. She has short curly hair which makes everyone think her as a boy. Her real name is Georgina.

Whom I like and Why : I like Jo because she is good and loyal to the famous five. She helps Dick and Julian catch the kidnappers and save George. She is good at climbing trees. She is odd and funny in behaviour. She has joined in two adventures of the Famous Five. She is jolly and trust-worthy.

Whom I dislike and Why : I dislike Sally, the dog as she is proud of herself and always make George feel angry. She also does pranks which upset the plans of the Five for the day.

Setting/Theme of the story : Anne, Dick, George, Julian and Timmy are again at Kirrin cottage. They expect to go on adventures. Suddenly, Berta, Mr. Elbur’s(scientist like Uncle Quentin) daughter, is going to be kidnapped. So Berta is planning to stay at Kirrin cottage for three weeks. Berta has a cute proud dog Sally. Timmy becomes friendly with Sally. One day kidnappers mistake George for Berta and kidnaps George. Uncle Quentin and Aunt Fanny feel worried. Anne helps Aunt Fanny in her work. Julian, Dick and Jo save George and also catch the kidnappers. George is safe. Timmy is happy that George has come back. Everybody is happy. The Famous Five has had another exciting adventure.

A different ending : Julian tells Mr. Elbur where the kidnappers are trapped. Mr. Elbur goes to the kidnappers and asks them to free George. He promises to tell them the secrets of the invention if they did what he says. The foolish kidnappers open the door and find police with arms. They apologize and beg for mercy. The police warn them and leave them free. They never kidnap anybody from now on. Poor George is safe. Everyone is happy.

Description of one of the main characters : Mr. Whatzisname does not know what his name is. Hence he is called Mr. Whatzisname. He gets angry if anyone disturbs him while sleeping. But he is a kind man too.

Whom I like and Why : I like Saucepan Man the most as he is funny. He wears a saucepan for a hat and have kettles and pans all over his dress. He sometimes hears everything wrong because of the sound made by his kettles and pans.

Whom I dislike and Why : I dislike Mrs. Dame Washlot as she always pours her soapy water down Jo, Bessie, Fanny and anyone who climbs the faraway tree for the first time.

Setting/Theme of the story : Jo, Bessie and Fanny move to a new house near the enchanted wood. They explore and find the faraway tree. They become friends with Moon-Face and Silky. They go to exciting lands like “The RoundAbout Land”, “The Land of Ice and Snow”, “The Rocking Land” and “The Land of Birthdays”. They have fun. The fantastic adventures with Jo, Bessie, Fanny, Silky, Moon-Face, Mr. Whatzisname and Saucepan Man make the story the Enchanted Wood.

The Part I enjoyed the most :I enjoyed the part when clever Moon-Face captures the red goblins using his slippery slip.

A different ending : The Land of Birthdays moves away from the Faraway tree. Bessie and her friends have not yet started eating the wishing cake. So Bessie, the birthday girl, wishes “The Land of Birthdays” to go to the top of the Faraway tree once again. It goes and everybody thank Bessie. Jo, Bessie and Fanny return home happily. They have had an exciting birthday party.

Posted by Sandhya Varadharajan at 8:01 PM No comments:

Indian Railways launched Sanskriti Express to commemorate the 150th birth anniversary of Rabindranath Tagore. Throwing light on the life and works of the versatile genius Rabindranath Tagore, this mobile museum is visiting all parts of the country. The Sanskriti Express is at Chennai Central Railway Station between 3rd October and 6th October. On Sunday, I visited Chennai Central to see the mobile museum. There are 5 coaches. Rabindranath Tagore lived between 1861 and 1941. He was born on 7th May in Kolkata. He is fondly called Gurudev. When he was 8 years old, he started writing poems and published his first substantial poetry when he was 16. Rabindranath Tagore was a versatile person and explored various art forms. He was a poet, novelist, playwright, painter and musician who reshaped Bengali Literature and music.

He has to his credit

Other interesting facts include

Source: Sanskriti Yatra Mobile Museum hand-out by Indian Railways. Photos: taken by me from the display.

I also bought a handbag and a mobile pouch from the souvenir shop in the last coach of the train.

Posted by Sandhya Varadharajan at 7:27 PM No comments: