The Adventures Of Stoob- Testing Times

“The Adventures Of Stoob- Testing Times” is a very nice book. It is funny, and makes the reader laugh throughout. Starting from the name Stoob, everything is downright funny. Well, the name is actually a shortened form of Subroto Bandhopadhyay! And then why is it Stoob? Here is an excerpt from the book where the protagonist(Stoob) gives the reason for calling himself Stoob:


Subroto Bandhopadhyay. It’s a nice name. If it’s 1914. If you’re dressed in a white dhoti-kurta and part of Indian Freedom Struggle. If you’re fifty years old and have three children in college and you’re running an arty theatre group. But I’m none of those things. How am I going to feature in strike partnerships with an about-to-retire Messi if my name doesn’t fit on the Barcelona team shirt? How am I going to have my own rock band, or invent something that lets us live in space, or direct my own action movies if my name is Subroto Bandhopadhyay?


And here is my favourite drawing from the book: 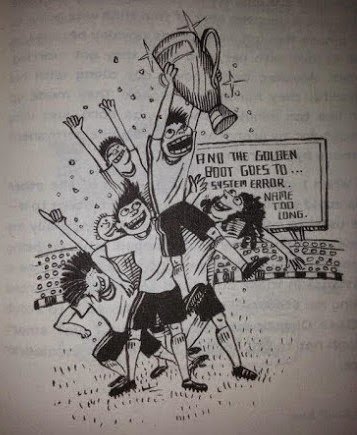 Now- coming over to the story:
Stoob is relieved that the exams are over. He is overjoyed. But the announcement comes- all the earlier test marks do not count. Stoob needs to pass a big final examination to complete middle-school. Stoob borrows notes from his friend Ishani, and also takes help from Rehan, to study for the upcoming exams. But he is also tempted to partner with Prithvi, who is planning to cheat by copying. Ishani and Rehan save him from committing such a mistake. They also try to make Prithvi let go of such an idea. But they fail to do so. So the threesome plan, and make Prithvi’s numerous attempts to copy go in vain. They make him angry, and finally they all pass out decently. Ishani ends up being class first, and Rehan second. Stoob does well, and Prithvi realizes his mistake. They all pass out of middle-school happily.

You are wondering where the villainous crow comes, right? Read the book to find out.
I enjoyed reading the book very much.

Posted by Sandhya Varadharajan at 2:30 PM No comments: 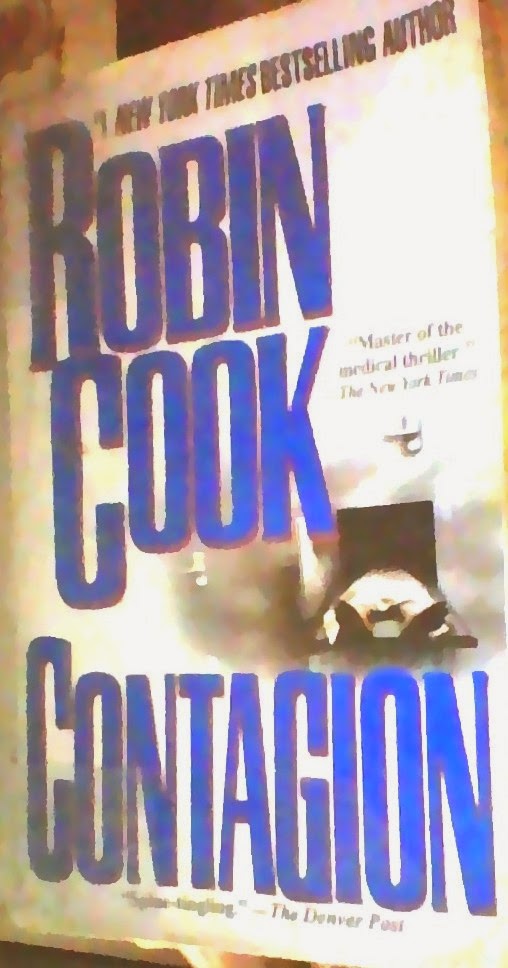 
JACK STAPLETON is a very interesting character, and I naturally like him the most. From John, he becomes Jack. From an overweight conservative with old tastes, he becomes a ‘pickup basketball nut’ as he describes himself. He lives in the 106th street, in Harlem, along with NY gangsters. A conversation, about where he lives, goes this way:

“In the seventies?” Chet asked.

“You are not going to tell me it’s higher than nineties, are you?” Chet asked.

“Good grief!” Chet exclaimed. “You are living in Harlem.”

“What’s in a name?” Jack shrugged.

“Why in the world live in Harlem?” Chet asked. “Of all the neat places to live in and around the city, why live there? It can’t be a nice neighbourhood. Besides, it must be dangerous!”

Not only does Jack live in such a place, he is also friends with the gangsters by playing Basketball along with them. Apart from this, Jack is a professional doctor, and very committed to his work. He  is a truly hard worker, and is very smart. Finally, Jack Stapleton ends up being a perfect “Detective Doc”.


Jack Stapleton gets seriously bored with the mundane cases in the pit, autopsy room, until his colleague cum friend, Laurie Montgomery, allots him the case of a man, named Nodelman, whose diagnosis is an unknown infectious disease. The case appeals to Jack Stapleton, and he becomes very interested it it. Finally, in front of Calvin Washington, the deputy chief, Dr. Stapleton predicts the disease that killed Nodelman as plague. It remains a statement to joke and laugh at, until Agnes tests a lung sample and really finds it to be plague. They alert the City Board of Health. Since Nodelman had been a patient in Manhattan General, Jack straight goes to the Manhattan General hospital to inform them. Due to his sarcasm, he gets thrown out of the hospital by the heads. He leaves it to hell.


But, this just doesn't stop with that. Everyday, more interesting cases come to him, all originating from the Manhattan General. And Jack makes astounding diagnoses of serious diseases such as influenza, tularemia, and Rocky Mountain spotted fever(rickettsia).  This time, he tries to visit the hospital without getting noticed by his enemies there. He manages to make some friends over there, but is not able to find anything fruitful. And- he also gets caught while stealthily trying to talk in the microbiology lab. But, Bigham, his employer  doesn’t fire him. He is still employed.


And what more! The people in Manhattan General do not like his theory of all these diseases being spread intentionally by a doctor(Or is it just one person who has hired them to beat up Jack?), and they decide to hire a few men from the Black Kings, a gang from Harlem, to do away with Jack. But Jack has his own friendly gang to protect him. It becomes a gang war, really. By this time, Laurie, his friend, gets all worried about him, and calls her Detective friend, Lou Soldano, to protect Jack.


Then it reaches the climax. Jack’s suspicion about a doctor spreading these diseases is confirmed. He just needs to find who he/she is. And he gets into a lot of trouble. He gets captured by the disease-spreading villains, and is then saved later by the gangsters.

This book- Contagion- is really very thrilling. This is my first book by Robin Cook featuring Jack Stapleton. I enjoyed it very much.
Posted by Sandhya Varadharajan at 1:31 PM No comments: