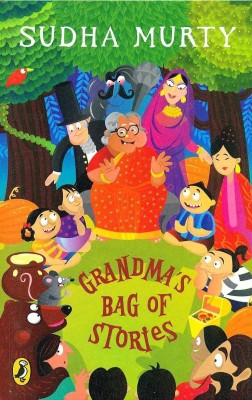 Sudha Murty's “Grandma’s Bag Of Stories” is Ajji’s collection of stories which she tells to her grandchildren when they come to Shiggaon during summer holidays. My favourite stories of the collection are:

All the stories convey some moral. “The Unending Story” conveys the moral that one shouldn’t keep on listening to stories!


I enjoyed reading the stories very much. They were funny and enjoyable. The story I enjoyed the most was “Five Spoons Of Salt.” It was the most funny out of Ajji’s collection of stories. It is about a family where everyone adds five spoons of salt to sambar(a side dish), thinking that the others would forget!


R1: In a number of countries, cars drive on the left
R2: This can result in accident involving drivers and pedestrians from other countries who are used to traffic being on the right.
IC: R3: Road would be safe if in all countries the rules were same.
R4: Countries where cars keep to the left are in very small minority.
C: Those countries should change to the right.

Posted by Sandhya Varadharajan at 1:38 PM No comments:

We started with a recap of the definition of argument, skill, talent and knowledge which was taught in the previous class. In the second critical thinking class, we learnt to identify an argument. We learnt to give reasons for a conclusion and arrive at a conclusion for given reason. We were asked to include important words like argument, reasons, conclusions, claims, premises, etc. in our 'Critical Thinking Vocabulary.' The word ‘premise’ is same as the word ‘reason’. We were taught to refute arguments. One could refute an argument by coming up with counter-claims or just find fault with the reasoning itself.
Stay tuned for more.
Posted by Sandhya Varadharajan at 5:39 PM No comments:

The Lord Of Rings : The Two Towers

Title: The Lord Of Rings : The Two Towers
Author : J. R. R. Tolkein
Main Characters : Frodo, Sam, Boromir, Aragorn, Gimli, Legolas, Gandalf, Merry, Pippin, King Theoden and Shadowfax.
Description of one of the main characters: Shadowfax is the horse of Mithrandir, commonly known as Gandalf in many parts of the Middle Earth. Shadowfax is a horse which is the most beautiful, fastest and the roughest. It does not tame to anyone who captures it, if at all someone does. It chooses its master. It has chosen Gandalf, now the White Rider (but still cloaked in grey), as its master.
Whom I like and why: I like Sam Gamgee very much. He is the faithful servent and friend of Frodo Baggins. He loves Frodo dearly. He does not get affected by the ring and does not have any desire to possess the ring or be the ring bearer. He readily accepts to accompany Frodo into any danger that they may have to pass to enter the Land of Shadows. He kills Shelob the spider in Cirith Ungal.
Setting/theme of the story: Aragorn, Gimli and Legolas go in search of Frodo and Sam. At that time, Boromir dies trying to defend Merry and Pippin from orc-soldiers. The orc-soldiers capture Merry and Pippin and start their journey to Isengard over the Eastern Plain of Rohan. Aragorn, Gimli and Legolas find Boromir dead and the two hobbits missing. They guess that it must have been an attack from the orcs. They give Boromir a funeral in a boat committed to the falls of Rawios. Meanwhile, The Riders of Rohan led by Eomer, the Marshal, surround the Orcs on the borders of Forest of Fangorn and destroy them. But the hobbits escape into the Fangorn Forest and there encounter the secret master of Fangorn, Treebeard the Ent. Meanwhile, Argorn and his two companions meet Eomer, returning from the battle against orcs, who provides them with horses and they ride on to the forest. While searching in vain for the hobbits, in the forest, they meet Gandalf again, returned from death, now the White Rider.
They all ride to the Hall of King Theoden of  the Mark, where Gandalf helps the aged king by rescuing him from the spells of Wormtongue, the evil councillor, the secret ally of Saruman. They all go with King Theoden against the forces of Isengard to take part in the desperate victory of the Hornburg. Gandalf defeats Saruman and breaks Saruman’s staff. From a high window, Wormtongue throws a stone at Gandalf but it misses him. Pippin picks it up later. This proves to be one of the three surving palantiri, seeing stones of  Numenor. Later that night, Pippin reveals himself to Sauron as he looks into the stone. Gandalf  gives the palantiri to Aragorn and takes away Pippin to Minas Thirth.

Fordo and Sam lose themselves in the bleak hills of the Emyn Muil. After they escape from the hills, they are overtaken by Smeagol – Gollum. Frodo tames Gollum and Gollum leads them through the Dead Marshes and ruined land to the Morannon, the black gate of the land of Mordor in the North. It is impossible to enter the gate so Fordo accepts Gollum’s advice – to seek the secret gate, away south in the mountains of shadow, the western walls of Mordor. They set off on their last stage of the journey to Cirith Ungol, the spider’s pass. Then a great darkness fell. Sauron sent forth his first army, led by the Black King of the Ring Wraiths : the war of the Ring has begin. Gollum betrays Sam and Frodo to the giant spider Shelob, but Sam defeats Shelob. Frodo gets stung by Shelob and lies dead(Sam thinks so). Sam takes the ring. After sometime he finds out that his master Frodo hasn’t died but is drugged. Orcs carry Frodo away, down a tunnel leading to the rear gate of their tower.
The second part of the Lord of the Rings, the Two Towers, ends here.
Part I enjoyed the most : I enjoyed the part when Gandalf comes back from the dead in the horse called Shadowfax, which chooses the master it wants. Only Gandalf Stormcrow has ever been accepted by the great majestic horse, Shadowfax.

Posted by Sandhya Varadharajan at 9:34 AM No comments:

Email ThisBlogThis!Share to TwitterShare to FacebookShare to Pinterest
Labels: Books, English, J.R.R.Tolkein, stories, The Lord Of The Rings

I attended the first critical thinking class. We learnt what skill, knowledge and talent mean and how they differ from each other.
After discussing about this we moved on to learning what an argument is.
We discussed the difference between a quarrel and an argument. We solved a few problems. We discussed about arguments and counter-arguments.  At the end of the class we were given a small test. It was quite simple but still none of us could answer all of them correctly. We had to "THINK" and the course was all about making us think. One of the questions nobody could answer was:

Note :
You need to have a proper explanation behind your answer. Try solving it and share you answer with the reason. 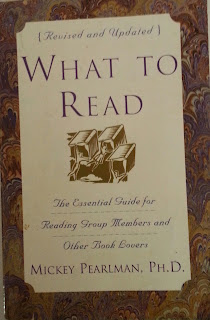 Posted by Sandhya Varadharajan at 11:54 AM No comments: