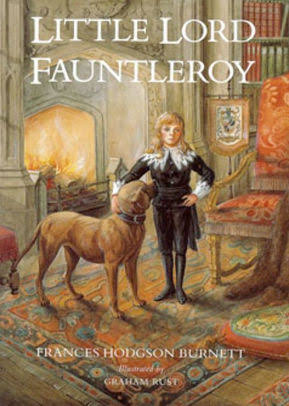 Little Cedric Errol, living with his mother in New York, suddenly finds out that he has inherited the title of "Lord Fauntleroy" from Mr. Havisham, a lawyer sent by his Grandfather. Cedric learns that his father's other brothers had passed away, and he was the continuing lineage of the family, and thus had naturally inherited the title. Cedric's grandfather, the Earl of Dorincourt, who hates the United States, and was heartbroken that his son had married an American woman, now invites his grandson Cedric to come stay with him in England to be best suited to his title "Lord Fauntleroy".

When Cedric arrives, the Earl is taken in surprise as he finds the little American boy charming, contrary to his pre-conceived notions about what an American-brought-up would be like. Cedric, in the truest of beliefs thinks his grandfather to be one of the most honourable, and strives to live up to the expectations of the Earl.

The story of the Earl easing down on his unruly likes and dislikes, with no heart for anybody else’s, because of the pure nature of little Lord Fauntleroy makes up the rest of the story. There is also an interesting twist in plot when a lady brings her son and fights to be the rightful inheritor of the title, claiming she is the wife of the Earl’s eldest son Bevis.

Little Lord Fauntleroy is a beautiful book that is bound to make you smile every turn of page. The innocence of the little boy, and the Earl's relationship and attachment to the young Lord that develops and grows through the story, is heartwarming It is story that will resonate with young and old.

It’s a classic must-read.
Posted by Sandhya Varadharajan at 7:13 PM