Famous Five : Five Run Away Together 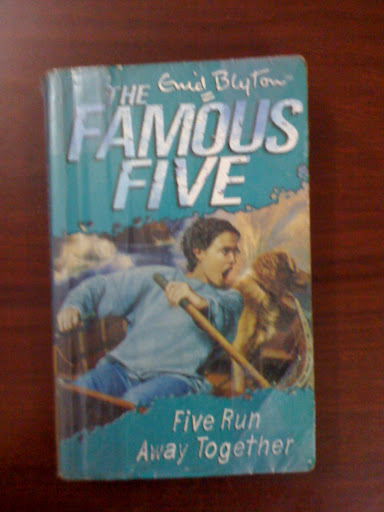 Description of one of the main characters : Uncle Quentin is George’s father. He is a great scientist. He likes insects. He is a short-tempered man. He is brilliant and intelligent. He always seems to be a part of the adventures of Famous Five.

Whom I like and Why : I like Jennifer as she is tall and cute. She gets kidnapped while playing with her friends. She is brave. She is not afraid when the kidnappers kidnap her in the middle of the night.

Whom I Dislike and Why : I dislike Edgar as he is a coward. He gets frightened for everything. He is afraid of Timmy, George’s dog. He is also a wicked. He once tries to poison Timmy by adding poison in Timmy’s food. 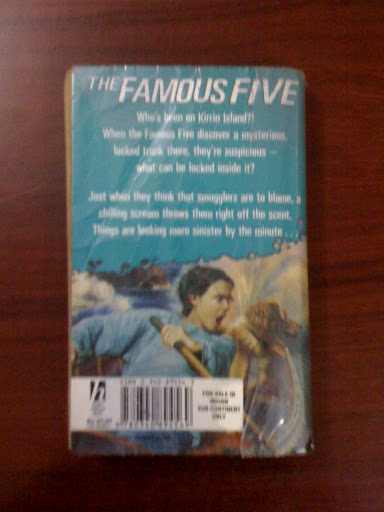 family to take care of the four children and the dog, who have come here to spend the vacation. They get bored and irritated by the Stick family in their own house and decide to stay in the Kirrin island till Aunt Fanny and Uncle Quentin return. They pack all their things and go to Kirrin island. They find a new trunk box in the old wreck. They try to open but fail. The Famous Five keep a watch all the time at the wreck. They find out that the Sticks are in their island. One night when George and Julian are watching they hear a scream in the island. It is a loud shrill scream. They find out that a girl is being kidnapped and the Sticks help them in the kidnapping. They save the girl and lock Edgar instead. When Mr. and Mrs. Stick search for their dear child Edgar, they find him in the place of the little girl. The police catch Mr. and Mrs. Stick and put them to jail. The Famous Five have another exciting adventure.

Part I enjoyed the most : I enjoyed the part when George makes noises like horses, cows and sheep in the echo room and scares poor Edgar.

Different Ending :  Jennifer stays at the house of the Five for the rest of the vacation. She enjoys herself in the Kirrin island. She stays with the Famous Five in the Kirrin den. She becomes overjoyed by hearing the adventures of the Five. The girl says good-bye and returns home. The Famous Five have an exciting adventurous vacation.

Posted by Sandhya Varadharajan at 8:05 PM