The Chronicles Of Narnia : The Magician’s Nephew 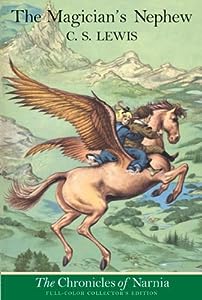 Title :  The Chronicles Of Narnia : The Magician’s Nephew

Description Of One Of The Main Characters : Uncle Andrew is a stupid magician. He discovers how to go to other magical worlds. He is very selfish. He once works for Queen Jadis. He is coward. He sends a little girl named Polly to another world to check whether his magic works. At last, due to Aslan’s magic powers uncle Andrew becomes a tree in Narnia.

Whom I like and Why : I like Aunt Letty as she is very brave. She is Digory’s aunt. She takes care of Mrs. Kirke, Digory’s mother. She is very kind to Polly and Digory. When the stupid queen Jadis tries to rule the world of men, Aunt Letty stops her from doing so.

Setting/Theme Of The Story : Polly and Digory are sent to the “Wood between the worlds” by uncle Andrew, a magician. When they go there, they come out of a pond. It is a place where there are many ponds each leading into a different world. Digory and Polly jump into a pond and find themselves in a city called Charn. There was only one living creature in Charn. It was the wicked witch queen Jadis. She comes to the world of men with Digory and Polly. She tries to rule the world of men but while doing so uncle Andrew, Polly, Digory, the Cabman and queen Jadis herself go into a beautiful world called Narnia. In this world, a magestic Lion is the ruler. The Lion’s name is Aslan. This is how Narnia is found. Digory becomes the son of Adam and Polly becomes the daughter of Eve. The Cabman and his wife become the first rulers of Narnia. Queen Jadis escapes further north which is full of icy mountains and establishes her own rule there. They all live happily.

Part I Enjoyed The most : I enjoyed the part when Digory and Polly ride on Strawberry, a winged horse. The winged horse can also understand and speak very well.

Different Ending : Digory becomes the second king of Narnia.  He defeats the white witch or queen Jadis. He has his own palace. Digory conquers all the worlds including the “Wood between the worlds”.

Posted by Sandhya Varadharajan at 7:08 PM No comments: 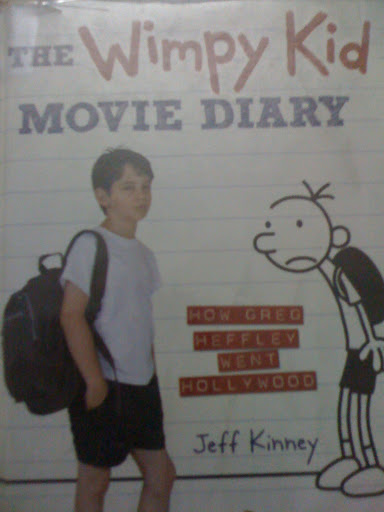 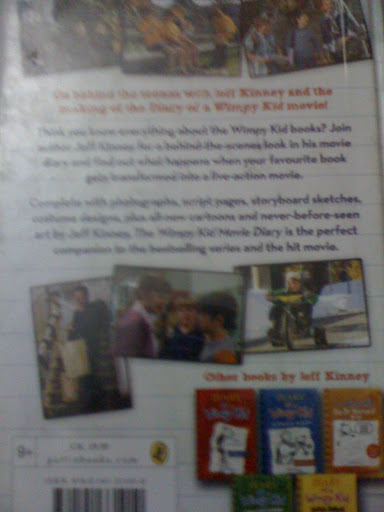 The Wimpy Kid Movie Diary is a book which tells us how Gregory Heffley went Hollywood. The book is really funny. Zachary Gordan acts as Greg and Robert Capron acts as Rowley Jefferson. Thor is the director of the movie as he had lots of ideas for how to bring the book to the big screen.

Posted by Sandhya Varadharajan at 9:35 PM No comments:

Harry Potter And The Deathly Hallows

Description of The Main Characters : Neville Longbottom is a brave boy studying in the seventh year in Hogwarts. He is the son of the great aurors whom Voldermort killed.

Percy Weasley is the third eldest son of the Weasley family. He is such a stupid but he realises his mistake of liking the ministry of magic.

Dean and Semus are two best friends who fight against Voldermort at the end of the year.

Alicia, Angelina and Katie are former Gryffindor players who played when Harry had. They join the Dumbledore’s Army(DA) formed by Harry and his friends. They come to fight Voldermort as they are in the DA.

Parvathi and Padma are Patil sisters from India. They are Harry’s classmates and come to help him to fight Voldermort.

Terry, Earnie, Anthony and Michael who usually oppose Harry come to fight the evil dark Lord Voldermort for him.

Whom I like and Why : I like Fred and George Weasley because they are jolly. George looses a ear when he fights against Voldermort. Fred dies in the attempt to disarm a kid from “Avada Kedavra” a killing curse.

Whom I dislike and Why : I hate Voldermort as he is the most evil creature on earth. Voldermort rips  his soul into seven parts and makes them into six horcruxes. He has the seventh part of his soul inside himself. He also takes some of Harry’s blood hoping it would be helpful. But it becomes a disadvantage for him when Voldermort and Harry fight at the end.

Setting/Theme Of The Story : Vernon Dursley, Pentunia Dursley and Dudley Dursley move away to a new house afraid that Voldermort may question them about Harry. They are afraid that Voldermort might kill them as he had killed Harry’s parents. Hestia and Dedulas escort them safely from Privet Drive to their new house. Harry meets his friends. Harry is overjoyed. But the happiness vanishes when he hears that all these people are going to risk their lives by drinking the Polyjuice potion and become six Potters. All the seven Potters are accompanied by some Auror. Mundungs and Mad-Eye, Mr. Weasley and Fred, George and Remus, Fleur and Bill, Hermione and Kingsley, Tonks and Ron, Harry and Hagrid are the seven pairs of Potters zooming in the sky in brooms and thestrals. But the idea does not work very well. In fact, Mad-Eye Moody dies and George looses one ear. Harry’s seventeenth birthday arrives. He is now an over-age wizard and all the security he had when he was young will leave him now. Harry with his friends Ron and Hermione sets off to their dangerous journey with the ambition of destroying all the horcruxes. Harry, indeed, destroys all the horcurxes and at last kills the dark Lord Voldermort himself. The wizarding world is very happy. No more thefts or murders. Only good news could be heard.

Part I Enjoyed The most : I enjoyed the part when Voldermort curses “Avada Kedavra” and Harry shouts “Expelliarmus” and the killing curse returns to Voldermort and destroys his last bit of soul inside him. It destroys Voldemort forever.

Different Ending : Instead of Harry, Ron kills Lord Voldermort. Harry is very happy that his friend has at last killed Voldermort. But now, Ron is the possessor of The Deathly Hallows as he defeats the person who last possessed it. Everyone is happy and safe from the evil and dark.

Note: With this post, I have finished Harry Potter series. It had been a great read.

Posted by Sandhya Varadharajan at 9:08 PM No comments:

Harry Potter And The Half-Blood Prince

Description Of One Of The Main Characters : Ginny is a brave girl. She, like Hermione, helps Harry many times. She is Ron’s younger sister. She fights with the death-eaters to save Hogwarts with great aurors. She is very good in her studies. She can do spectacular non-verbal spells. She is good at stunning and jinxing.

Whom I like and Why : I like Ron as he is loyal to Harry. He says that he would come with Harry for the hunt for four more horcruxes. He sometimes gets brilliant ideas. He is known for not following school rules. Hermione has to force him to study because he never concentrates in his studies.

Whom I dislike and Why : I dislike Draco Malfoy as he accepted to do Voldermort a help by killing Dumbledore. He succeeds in doing it. He is very arrogant. He tries to kill two of Hogwarts students. He calls Hermione a mudblood.

Setting/Theme Of The Story : As the death-eaters and Voldermort has returned to power there are many problems coming up. Murders and thefts are done by the death-eaters both in Muggle and the Wizarding world. Harry is safely brought to the Burrow, the house of the Weasley’s by Albus Dumbledore. Harry and his friends go to Hogwarts. Dumbledore tells Harry about Tom Riddle and ask Harry to get a memory from Prof. Sloughorn which will help Harry kill Voldermort. Harry is overjoyed when he showed Dumbledore the memory. Dumbledore tells Harry all about Horcruxes. Voldermort has six Horcruxes.  Harry has already found out two of them and he should destroy four more. After he destroys, he need to kill the one piece of soul which Voldermort has in his body. Dumbledore falls ill in the attempt to find one of the Horcruxes. Draco kills Dumbledore and many like Bill and Neville get injured. Snape helps Malfoy kill Dumbledore. Bellatrix also joins the death-eaters. Harry has to search for the other Horcruxes now that Dumbledore has died.

Part I Enjoyed The most  : I like the part when Gryffindors wins Slytherins in The Final Quidditch match.

Different Ending : Harry kills Voldermort. He is really amazing. Everybody stops calling him “The Chosen One”. Harry is really happy. He starts living with Lupin and Tonks in the Grimuald Palace instead being arrested in the Privet Drive with the Dursleys.

Posted by Sandhya Varadharajan at 2:56 PM No comments: