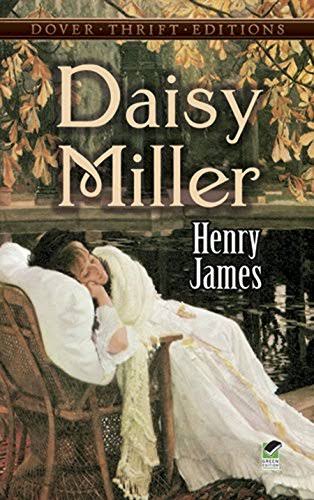 In a European society that was still traditional with respect to how women ought to behave to be a part of the "polite society", enters Henry James' unabashed, honest, fresh, open and flirtatious American heroine Daisy Miller. An innocent soul with an outspoken mind, Daisy Miller is the root of horror to all those who believed in their air of archaic tradition. Daisy Miller meets young Winterbourne, who is an American student considered by all as one who shuns archaic ways, on the banks of Lake Geneva.

Here's a sample of Winterbourne's confused opinions on Daisy:

"Was she simply a pretty girl from New York State? Were they all like that, the pretty girls who had a good deal of gentlemen's society? Or was she also a designing, an audacious, an unscrupulous young person? Winterbourne had lost his instinct in this matter, and his reason could not help him. Miss Daisy Miller looked extremely innocent. Some people had told him that, after all, American girls were exceedingly innocent; and others had told him that, after all, they were not."

Though captivated by this chatty, honest American girl, as the book puts it, Winterbourne feels she is a little too forward for polite society. A classic narrative of the bonding between Winterbourne and the charming Daisy Miller, and the tragic end with Daisy's death, makes the crux of the story.

Books like Daisy Miller are not just for their story, but the pleasurable character development, and the narration that capture you. It's a book that makes you smile warmly unaware as you turn every page. A short, 88-page read (shouldn't take more than 2 hours), and it's a perfect classic that'll make your day.
Posted by Sandhya Varadharajan at 11:25 PM