What Einstein Told His Barber

Title: What Einstein Told His Barber
Author: Robert L. Wolke
'What Einstein Told His Barber' is not a book of what Einstein told his Barber! It's just the title to arouse our curiosity. The book is very interesting and highly enjoyable. It answers the many questions in our minds about Science. Here are some information that I have learnt from this book and that I enjoyed very much.
1. Why while pouring water from one glass to another container, the water comes along with the glass and then pours down- this is because of a special tendency of liquids to stick to the container in which they are stored. While transferring from the glass, we are able to see this tendency of liquids visibly.
2. When a cup of coffee is spilt, we see a brown ring and almost no stain in the centre part- this is because coffee, even though we see it as a dark brown liquid, is just a mixture of brown coffee particles and water. so, when spilt the water pushes all the particles outward and retains itself in the centre. Soon the water evaporates leaving only the dark brown particles that it pushed outwards. This looks like a dark brown ring with almost no stain inside.
3. If we travel at a speed more then the speed of sound, would we hear the radio near us(suppose we are travelling in a car)- yes, we would hear the radio as the radio is also travelling along with us in the same car, at the same speed. But if the radio was at the back of the car, we most probably would not hear it(This would most probably be due to the wind roaring against us!)
So, these are a few that was very interesting to read. We get to learn a lot of things in general about Science. It's a lovely book and I especially like the title What Einstein Told His Barber.
Posted by Sandhya Varadharajan at 3:36 PM No comments:

Trip to Pandarpur and Bombay

I had my December holidays. So, we went on a trip to Pandarpur and Bombay. We stayed at Pandarpur for three days and then went to Bombay. I loved it.

In Pandarpur, we had the darshan of Vittal and Rukmini. It was very pleasant and nice to roam about the town. We went to a place called 'Kaikadi Maharaj' and the place was amazing. We saw all the sculptures depicting scenes from the Ramayana, the Mahabarata, the stories of bakthas who worshipped Vittal and Rukmini and even scenes from the Indian freedom struggle from the British. It was very good.

Then we moved on to Bombay. Here is an account of what we did for three days in Bombay.

Day 1
We left our hotel by ten in the morning and proceeded to Siddhivinayak temple. After having darshan of Lord Ganesh, we moved on to Mahalakshmi temple. There was a large crowd in the temple but we still had a good darshan. After that we went to High Street Phoenix Mall in the Phoenix Mills Compound. By this time our tummies were growling since it was lunch time. We hunted the mall for a 100% vegetarian restaurant. One of them in the mall directed us to a restaurant named Punjabi Grills. My father sent my brother to confirm if it was 100% vegetarian and my brother inquired in the adjacent restaurant. Incidentally, that also was a vegetarian restaurant. Only after we were welcomed cordially and all the plates were arranged before us did we realise that it was Rajdhani's Rasovara and not Punjabi Grills. Anyway, the food was very good and we had a good lunch. After lunch we drove over to Worli Sea Phase and took a long walk along the sea. Finally we got back into our car and enjoyed the drive on the sea-link road. This was all we did in day one. Day 2 was more enjoyable and interesting. 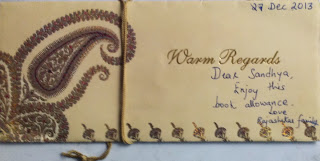 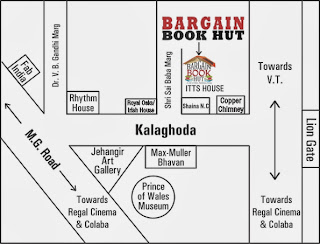 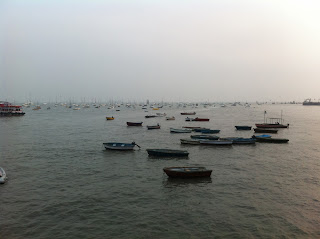 On the second day of our trip to Bobmay, we visited one of our relative's house in Versova and spent our time there until lunch. As a parting gift, me and my brother were given some book allowance. From there we went to Churchgate in our car. At Churchgate, we started walking. We saw many second hand and new books stacked and sold by vendors. After a lot of bargaining, I bought 'Life Of Pi' and 'Hard Luck' from the Wimpy Kid series. From there we walked to Jahangir Art Gallery and saw all the paintings, photographs and artefacts. Then we went to a shop named BARGAIN BOOK HUT. And this shop made us buy insanely. We got a lot of books(mostly classics), a few crossword books and I got a present for one of my friends. On the whole, Bargain Book Hut is a lovely shop that gives books at 'insane prices' and 'outrageous discounts'. I loved the shop. Finally, we got out of the shop and made our way to the Gateway Of India. On the way, I saw traffic signals which showed how many seconds a person has, or has to wait, to cross the road. I have seen it often at many places for vehicles but never for pedestrians. That was an interesting point that I wanted to share. At Gateway Of India, I saw many small and big, ferry and motor boats. We dined at a small but fantastic restaurant named Crystal on the marine drive. We saw the Queen's Necklace and drove back to our hotel in Malad in one hour. This was very surprising to all of us as it had taken us a tiring three hours to Churchgate from Versova. 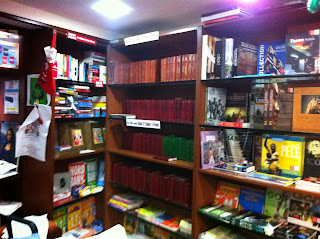 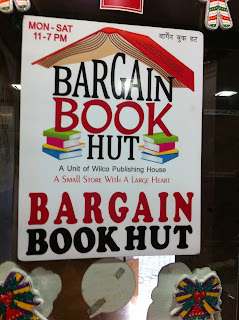 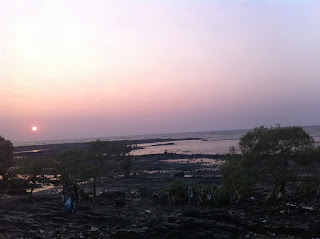 We didn't do anything in the morning of the third day. We ate lunch in Malgudi in the Infiniti Mall opposite to our hotel. We went to take a long walk along Carter's road after spending some time in Matunga and visiting a few temples. At the end of the walk I head an Ultimate Chocolate Truffle in Costa Cafe. We then visited my uncle's place in Vile parle. There we had nice homemade 'rava upma' and 'thayir saadham' and drove back to our hotel.
The next day we visited another relative's place in Navi Mumbai and then came to Chatrapathi Shivaji Termianal (CST) to board the Chennai Express back to Chennai. We had a good journey.
On the whole I enjoyed the trip very much. I learnt a lot of things on this trip such as how to keep an account of money being spent each day(I tried to do it but didn't do a good job) and how to stuff all kinds of things into one bag. My first experience in Bombay was very enjoyable and pleasant.
Posted by Sandhya Varadharajan at 2:34 PM 2 comments: