The Trials Of Apollo: The Hidden Oracle 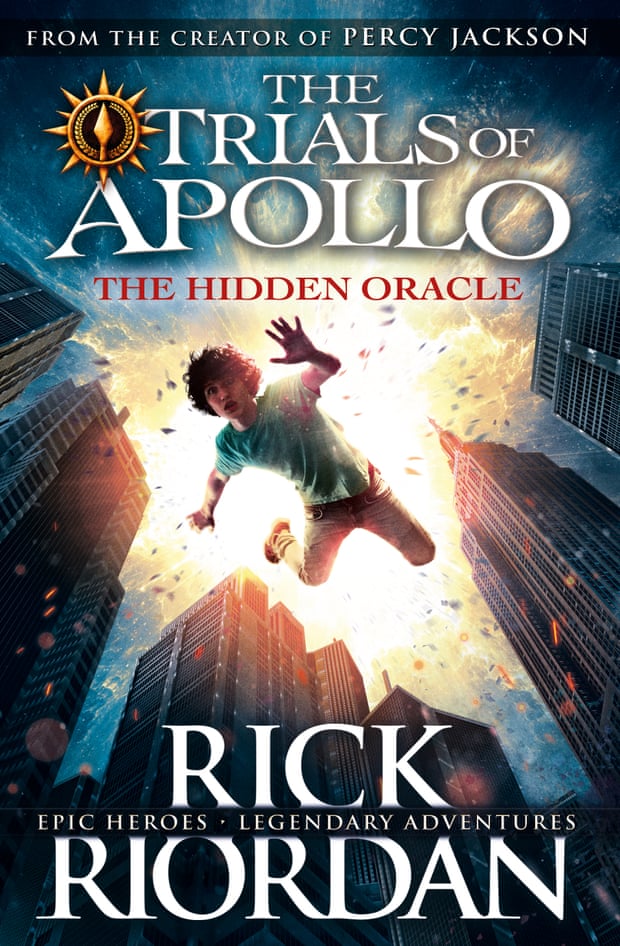 Title: The Trials Of Apollo: The Hidden Oracle

After the previous five-book-series of The Heroes Of Olympus, Rick Riordan is back again to give his readers a story from Greek myth - The Hidden Oracle- the first book in the next saga The Trials Of Apollo.

Since the book has been released only this week, I am not detailing the story. No spoilers!

The story revolves around the Greek God of Sun, Music, Archery and a “bunch of other stuff”, the Lord Apollo, who falls to the Earth after being punished by his father Lord Zeus to undergo several trials and prove his worth before getting restored in his godly form in Olympus again.

The book starts with the heroic landing of the sun God in a pile of garbage in an alley in West Manhattan as a dorky sixteen-year-old mortal named Lester Papadopoulos. The mortal, powerless Lester is forced to serve Meg(Margaret), an untrained demigod in of the Manhattan streets. Their bonding, and their adventures before they reach Camp Half Blood, and an unofficial quest to find the hidden oracle of Dodona is the crux of the story.

This book brings us back many of the characters whom we adore like Percy, Chiron, Will, Nico and even Mrs O’Leary. And towards the end of the book, there is an amazing entry of Leo Valdez with his pet metal dragon Festus. But somehow, when I read the book, I did not feel the same charm that Percy or Leo used to bring, back in the old series. I felt Percy was less cool. He was not the Percy I knew six months earlier(time period according to the book), and I didn’t know Percy can become such an all-time-worried chap from the happy go lucky guy that he was within such a short time. Leo, too, had changed too much. And in all parts that they appeared, I was telling myself: There is something wrong with them. What is it? Probably nothing is. But I don’t know.

The new characters are charming as ever. I especially loved Meg and her pet karpoi named Peaches. Apollo in the form of Lester is also super cool. One other character whom I loved was Harley, son of Hephaestus.

I liked the parts when Apollo was not able to accept and come to terms with the fact that he wasn't a God anymore but a mere mortal. The parts in which Apollo forgets that he is in mortal form without any powers, but talks like a God in his mortal voice, is very funny, and for poor Apollo- it is pathetic!

The book was totally cool. The plot was amazing and there was a very unexpected twist in the end. It was an awesome read!

Now, the wait for the next book- The Hammer Of Thor in the Magnus Chase series- begins!
Posted by Sandhya Varadharajan at 9:15 AM No comments: