First of all, here is something about this book- from the book:

“For anyone who has yet to read the The Hobbit or The Lord Of The Rings, here is a brilliant introduction to this most captivating author- and for Tolkien fans it is an indispensable addition to the small shelf of books by J. R. R. Tolkien, a book to read, to enjoy, and to keep.”


I belong to the latter group of people. I have already read and enjoyed The Hobbit and The Lord Of The Rings. And, I loved reading the short stories and poems of Tolkien in this book.

The Tolkien Reader also contained a play written by Tolkien-The Homecoming Of Beorhtnoth Beorhthelm’s Son. That was very nice, too.

In the end, the book had a random collection of poems by Tolkien from the Red Book. All the poems and songs were very nice. I have always loved J. R. R. Tolkien’s songs!
But my most favourite was Oliphaunt and Perry-the-Winkle.

Here, you can read Oliphaunt and one page from Perry-the-Winkle: 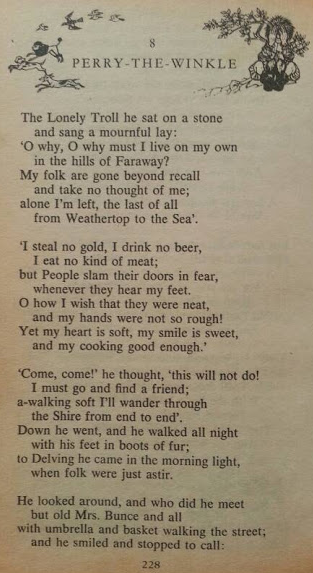 I loved reading the book. It really was an indispensable addition to my small shelf of Tolkien books! Do read it.
Posted by Sandhya Varadharajan at 1:29 PM No comments:

Email ThisBlogThis!Share to TwitterShare to FacebookShare to Pinterest
Labels: Books, English, Hobbit, J.R.R.Tolkein, stories, The Lord Of The Rings

Recently CBSE conducted an Essay Writing Competition on topics about the Swachch Bharat. I also took part in the competition. I wanted to share the essay I wrote.

This was my topic:
How do you think that Swachch Bharat Swachch Vidyalaya campaign can be taken to
achieve the goal of clean India by 2019, the 150th birth anniversary of Mahatma
Gandhi?

We don’t need to search for examples elsewhere.

A decade or two back, the Indian Railways- the largest and the most efficient network in India- was not as it is today. A  decade or two back, it was a pathetic sight. There was this huge problem of people smoking- inside compartments, out on the platforms and in any other place in the station- making everybody around them passive smokers.

My dad says that you seriously couldn’t travel peacefully in a second-class train compartment, back then. People smoked cigarettes unmindful of the person sitting near them. The pathway in the trains were littered with stubbed cigarettes and bidis. If you could see that scene, it would be like this:
A man smoking his cigarette without for a moment considering his co-passengers. Blowing it right into their faces… while they wrinkle their nose, and try to avoid it. But how can they avoid if the man is sitting right in front of them?
This was the monster-problem in the trains and the railway station.
But the Government of India decided to put a full stop to this nonsense.
And, the Railway Department of the Government rose to fight against this unfair practice.
Strict measures were taken. Restrictions were tightened. Cigarette sale in the platforms were prohibited. Even if a train stops in a lonely village station at the middle of the night, officers came around to check if people were violating the rules and smoking. People who smoked were fined, then and there. No explanations were tolerated.
And the result of all these? A perfectly safe and secure, and clean, railway system, that we have now.

What does this show us? It shows us that Swachch Bharat Swachch Vidyalaya campaign can be taken to achieve the goal of clean India by 2019.
When such a big network like the Railways, with millions of people travelling, was able to do the needful, so can Swachch Bharat Swachch Vidyalaya campaign with so many enthusiastic people, including students, in India’s billion brilliant population.

Primarily, the Swachch Bharat Swachch Vidyalaya campaign must concentrate on deterring the people to stop littering. Then we could do the cleaning process.
The problem in India seems to be that there are five sweepers to clean up but five thousand people to litter. So, we should make all of them responsible for what they do to their surroundings.

The students and teachers will help keep the school clean.
Each locality must take up responsibility for their own area.
Ultimately every district, village, city, state and every part of India must strive for cleanliness. Only then the idea of Swachch Bharat can be implemented.
And, for this, Swachch Bharat Swachch Vidyalaya campaign can help in a great way.

After all, what better gift can we give our Mahatma, Bapuji, on his 150th birth anniversary than a super-clean India- a Swachch Bharat!

Let us remember this motivational quote ‘Where There Is A Will, There Is A Way’ while we make our way to a clean India. JAI HIND!

Posted by Sandhya Varadharajan at 11:55 AM No comments:

Email ThisBlogThis!Share to TwitterShare to FacebookShare to Pinterest
Labels: English, India, Indian, own 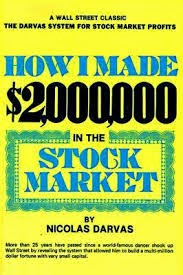 This book by Nicolas Darvas is the story of how he made money in stock market through trials and errors. It is a book where Darvas talks about his initial stages when he entered the stock market, and how he learnt from his mistakes to perfect this system of making money.

I read this book. It was really nice! Actually, it is written from the stock market perspective for stock market profits. But I felt that some of the points that Darvas learnt in life is mostly common to anything we do. Here are the rules that Darvas put down for himself:


Even though I did not read to know about stock market, I enjoyed reading the book because it was like a story- a story that was very interesting to read.
Posted by Sandhya Varadharajan at 4:49 PM No comments: 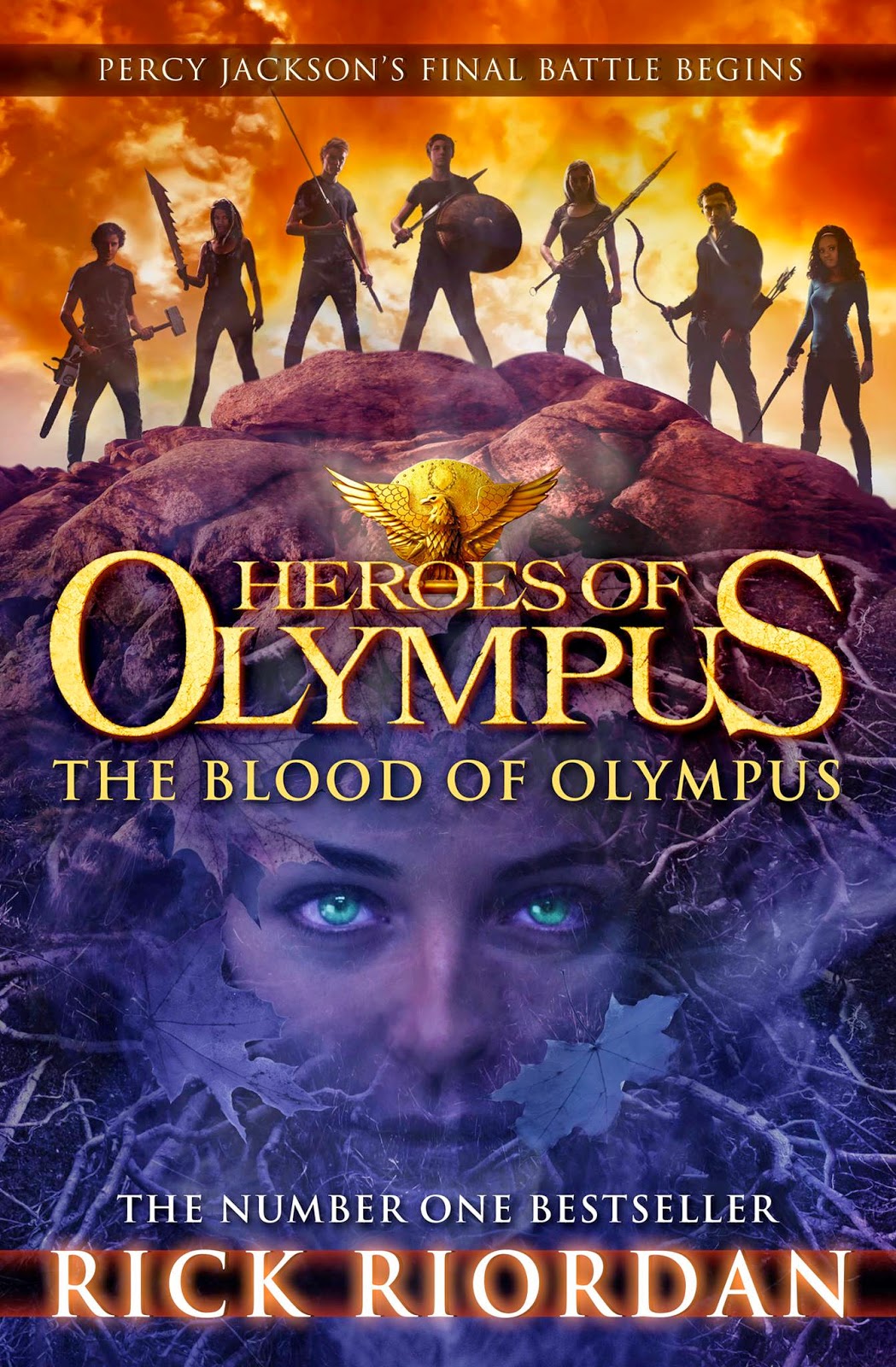 It all started way back in Class 7.


“Hey, you haven’t read the Percy Jackson series, ah?” - was the question that all my classmates and friends asked me. No. I didn't know any Percy Jackson. But it started there. I read the whole series, and finished it in Class 7. Then, I continued with my favourite friends, Percy and Annabeth, in the Heroes Of Olympus series. From that year on, I've been immediately reading the new releases- The Lost Hero, The Son Of Neptune, The Mark Of Athena and The House Of Hades, as eBooks. One of my classmates always makes sure it comes to me soon after the release.


But this time- The Blood Of Olympus was already out. I assumed that I would get the eBook as usual. But not so.
“Sorry! I don’t think I will be able to send this time!”  was all that my classmate said.
Ah! How was I going to  get the book?! I had to read it! And- be one of the first people to have read it!


Thanks to Eloor, our usual library, I got a copy of The Blood Of Olympus to read.


I finished reading it, and travelled with the seven demigods to the end of the final battle with Gaia, after which everybody is peaceful and happy.


Percy, Annabeth, Jason, Leo, Piper, Hazel and Frank. They were the seven demigods chosen to defeat Gaia. But they had a problem with the prophecy.


Seven half-bloods shall answer the call,
To storm or fire the world must fall.
An oath to keep with the final breath,
And foes bear arms to the doors of death.


To storm or fire the world must fall- that presented a problem. This meant Jason, son of Zeus(god of storm and lightning) or Leo, the son of Hephaestus(god of fire), might die in the final battle So, the seven demigods set on three dangerous quests that would help them solve everything- they had to capture Victoria(the goddess of victory), they had to capture the war god Ares’s heartbeat from the Old Temple and they had to talk to Apollo and Artemis(the twin gods) into following them in the battle, and get the secret potion from Asclepius to make sure that Jason or Leo could be brought back alive even if they die.


While capturing Victory, it becomes clear that Leo is going to die, because Victory screams at the Percy, Hazel, Frank and Leo, that one of them will die. But nothing is said about it. The magic medicine that they acquire from Asclepius is handed over to Piper to keep it in safety.


The Gods and the Demigods together successfully defeat the giants. But while doing so, a drop of blood from both Annabeth and Percy seeps into the ground. The Blood Of Olympus has been given. Gaia awakes.


Zeus blows the seven demigods to Camp- Half Blood.


Meanwhile, Reyna, Nico, and Coach Hedge counter problems and finally reach Camp-Half Blood safely with the Athena Parthenos, only to find that Octavian(a Roman) is planning to war with the Greeks. But as Reyna arrives, and earns trust with the Greeks by giving back their sacred statue of Athena, the Romans stop following Octavian and listen to their old Praetor Reyna.


The seven Demigods, the Roman and Greek forces together wage the war against Gaia. Finally, Leo takes Jason and Piper up into the air, where Piper charm-speaks Gaia into sleep-mode. Leo fires Gaia with all his strength. As heat builds up, and Leo understands that one of them must die, he pushes Jason and Piper from the war ship where they might die.


Octavian launches himself on a missile to attack Gaia, in the name of saving Rome. Together, Leo’s fire and Octavian’s missile crumbles Gaia so much that she will never be able to reform again. But Leo’s warship, bursts into flames illuminating the whole sky.
Everybody thinks Leo is dead and pray for him. Things slowly settle down. Greeks and Romans become friends. Peace prevails.


But did Leo die? Of course not! He is the awesome guy who is “all about doing the impossible”. So, what happened to him? Read to find out.


The book is really awesome. I am glad I was able to read it so soon.
Did you pick up your copy?

Posted by Sandhya Varadharajan at 1:13 PM No comments:

Navaratri 2014: Clicks From My Visit To Golus 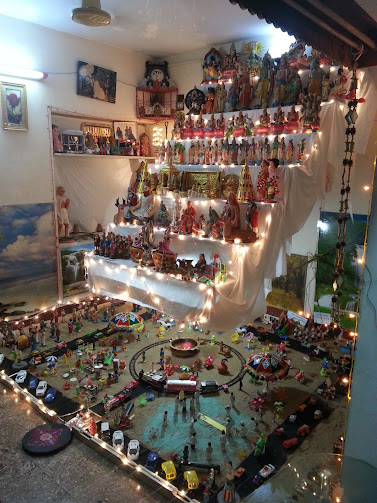 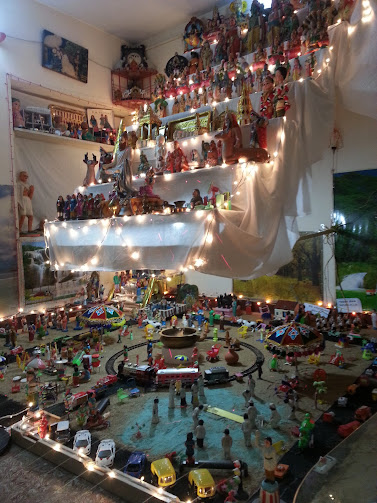 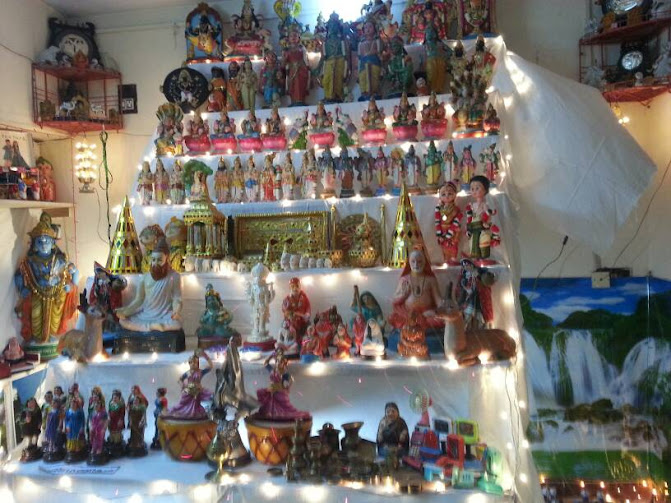 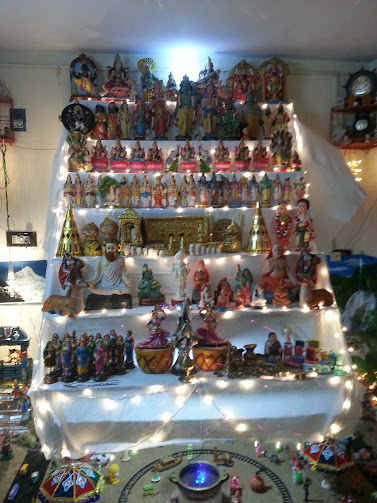 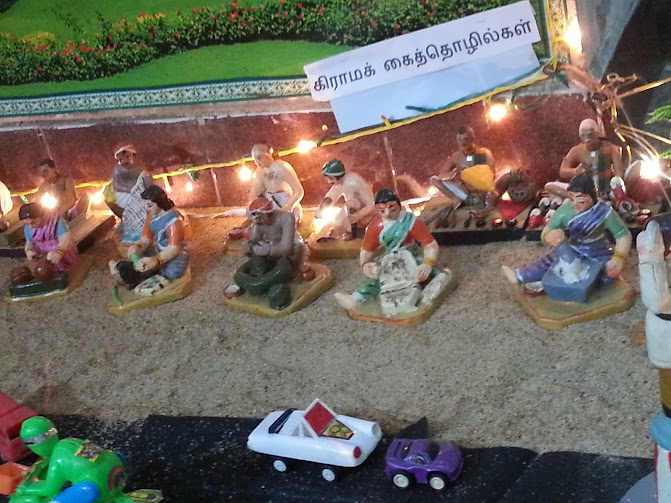 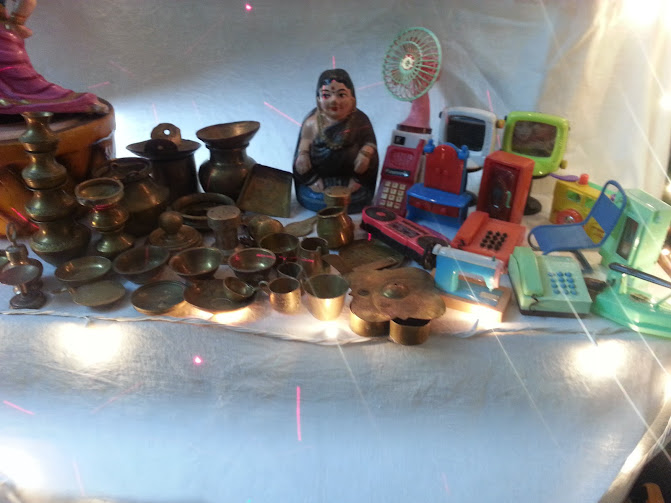 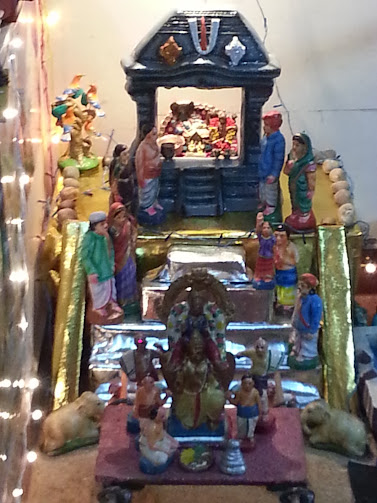 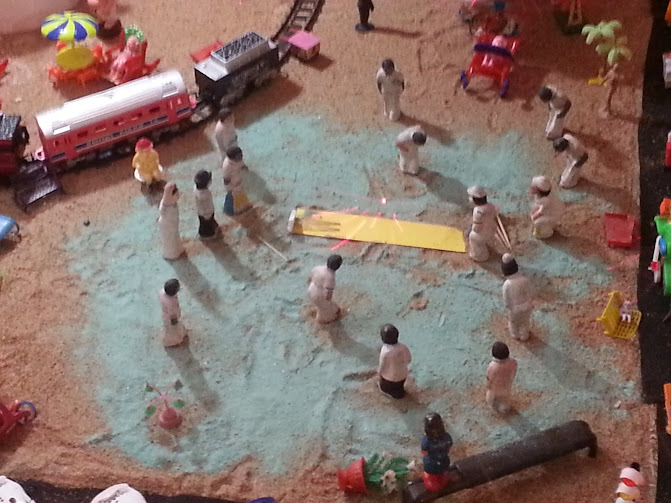 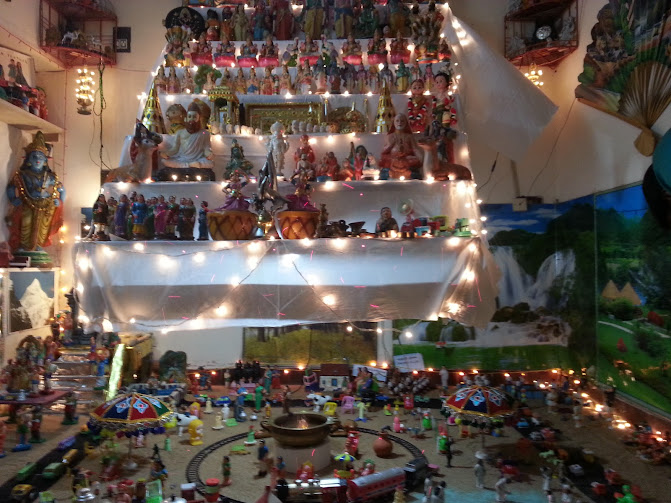 Posted by Sandhya Varadharajan at 9:39 PM No comments: