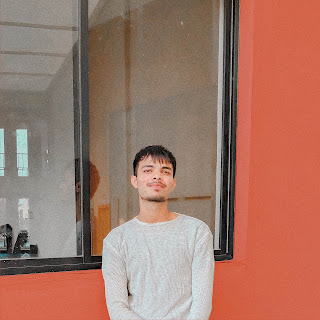 This evening saw the release of What If There Were 360 Days In A Year, the wondrous dedicated creativity of a year- culminating in a 14-track mixtape of Iah's music. I loved Môr and Monsoon Palace from the mixtape. But, who is Iah?

Pushing the boundaries of creativity, breaking the grounds on perspectives, Iah makes the music that attempts to communicate at a dimension that can be expressed and understood only through a boundless medium of art like music.

Swapnil Shreshtha, as Iah, explores a side that is a figment of imagination in the real world, but a versatile reality in the dimension of the world of electronic music, as reversed from “hai” meaning “what is” in Hindi.
Coming from a small town in India, what started as an unconscious and reflexive attraction to rock and metal at the age of twelve, only led to a fifteen year old Swapnil ending up being a part of a three-member band, sparking the ignition to become the seamless artist that he is today. At sixteen years of age, with no formal training in music and with no actual instruments to experiment the self-taught interest, Swapnil was forced to a point where he might have had to wrap up the music in him. And, discovering electronic music at that point was the first major climacteric of his life.

And, then on came an exponential curve in the exploration of electronic music which led to the birth of Iah. To Iah, music is not just an escape to the surreal, but a way to express what is impossible to be expressed through words. To Iah, music is the only dimension that supports the gravity of his perspective and thoughts. And to Iah, the music he makes is the creative bonanza that he cannot hold back.

Iah makes electronic music that is atmospheric and glitchy, and is influenced by various genres like hip-hop, trap, drum and bass, and many others, in line with Iah’s belief, truly and wholly, that the genre cannot define a music where the music must define the genre. Therefore, traversing on a landscape of genre that works on his own style, Iah makes music on a mix of personal style and atmospheric electronic music.

Iah previously made music and remixed songs under the project pen name of Indus, and has worked on several other music collaborations, and produced with upcoming artists, especially rappers. With a recent release of a well-received EP ‘Arcana’ in October 2019 consisting of three songs- Affection, Cocoon, and Found- the artist has pieced together an intimate and important journey of personal metamorphosis. Recently, two beautiful singles Bulletproof and Dusty Rose were released by Iah only to meet a vibrant, warm reception, and many features! 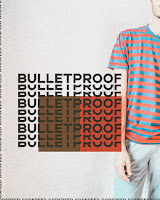 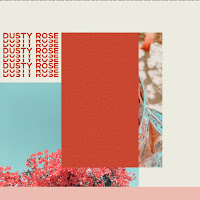 Music to Iah is something divine and spiritual. Coming from a small town himself, the aim of this phenomenal, upcoming artist is one that is as expressive about himself as his music. The young artist hopes that one day he can build a strong community for artists like producers, singers, rappers, songwriters, filmmakers, designers, painters, illustrators and many others of all kinds, who can work with each other with collaboration and funding, so that the art can be created in an environment of support and strength.

Iah’s music opens a wormhole to an alternate realm of perspective through detailed, expressive and intimate music baring every beat originating from his mind of music.

Swapnil is a dear friend from the University, and I am glad that his music meets the world. There is a definite joy when the artist connects to an audience, and that is the greatest achievement of today's world of technology!