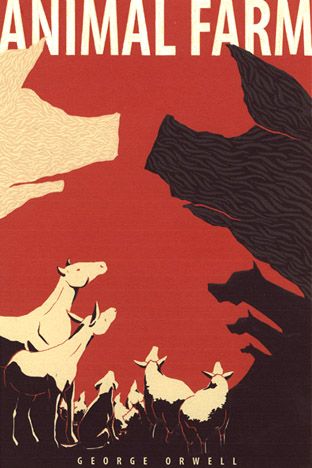 The animals were in distress. The farm owner Mr. Jones was mistreating them more with every passing day as he dived deeper into alcoholism. Old Major, the wise, elderly boar, composed and sang the stirring revolutionary anthem for the animals, in a tune something between ‘Clementine’ and ‘La Curcuracha’.

Beasts of England, beasts of Ireland, Beasts of every land and clime, Hearken well and spread my tidings Of the golden future time.

Two young pigs, Napoleon and Snowball continue the revolution, and are instrumental in ridding the farm of the lousy human owner. The animals draw up the Seven Commandments of Animalism, the fundamental of which is "all animals are equal". For some time, things continue pleasantly on the newly renamed and established 'Animal Farm'. But, with Snowball's growing good intentions, Napoleon finds the need to silence him in order to emerge as the supreme commander of the Animal Farm. Napoleon falsely frames Snowball, and banishes him.

As Napoleon and his group of faithful pigs stoop down to breaking every law in the Seven Commandments, Napoleon amends the law to suit his unlawful needs.

"Twelve voices were shouting in anger, and they were all alike. No question, now, what had happened to the faces of the pigs. The creatures outside looked from pig to man, and from man to pig, and from pig to man again; but already it was impossible to say which was which."

Animal Farm  is an allegorical satire on the soviet totalitarianism. In this satire, the pigs were written in the role of the Bolshevik revolutionaries, and to overthrow and oust the human owners of the farm, setting it up as a commune in which, at first, and only at first, all animals were equal.

It is a short, engaging read that captures in the essence what the desire for position and power can do, and how it has the power to destroy the very thing that you stood for to get in power, if you are not grounded to your cause. I really liked the book!
Posted by Sandhya Varadharajan at 9:49 PM