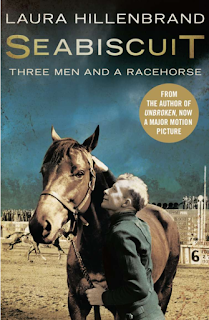 "It began with a young man on a train, pushing west."

Charles S. Howard was a man who set out to find where his restless heart would rest, leaving the comfort of the eastern cities of America to explore the western part. Reaching San Francisco, Howard found the opportunity in automobiles in a city where they swore to stand by horse rides. Taking up a franchise dealership of Buick, Howard went on determined to convince the people into a future with automated locomotion. And for that, Howard drove in car races with the exact models he was supposed to sell, and offered driving lessons as not a single person in the wide town of San Francisco knew how to drive even if they were rich enough to afford a car.

An earthquake in 1906 worked in the favour of Howard, as he proved the value of automobiles to the city of magnificent distances(as a witness of the disaster put it) by converting all the cars in his showroom into an ambulance that helped so many firemen and so many victims to safety. Suddenly, in a one-day spin, Howard was a rich, daring, dashing, photogenic, articulate, young achiever who, according to the media, was always doing something stunning and always saying something quotable afterward.

The fateful loss of his son, during a promotional event relating to automobiles, left Howard distancing himself into a recluse. When he got out, he got himself into performing and facilitating various philanthropic activities. Now successful, Howard slipped back into a restlessness, and pushed farther west only to discover his love for what he replaced. Horses. However, he was interested in racehorces.

"In keeping with his love of lost causes, Howard bought only the worst-looking horses at the sale, animals who lingered in the ring, attracting few, if any, bids."

One of those worst-looking horses was the thoroughbred, light-bay beauty Seabiscuit, who would grow to dominate the columns of popular newspapers of the whole of America, and rise to be an icon of identity for the American nation.  A series of events lead Howard to stumble upon "The Loan Plainsman" Smith, the finest horse trainer America would ever see, and Pollard, the talented jockey of Seabiscuit.

The book vividly describes the magnificent horse, and his lovable quirks. Hillenbrand captures them in such amazing details that reading about Seabiscuit and his life made me feel a part of it. The narrative is fast-paced and you gallop through the chapters racing along with the timeless experiences of Seabiscuit and the world of horse-racing. The book leaves you with an exhilarated feeling as you root for your Seabiscuit, whose defect and quirks and the soft, mischevious, sweet-treat-loving heart you would have grown so fond by that time.

"In 1938, near the end of a decade of monumental turmoil, the year’s number-one newsmaker was not Franklin Delano Roosevelt, Hitler, or Mussolini. It wasn’t Pope Pius XI, nor was it Lou Gehrig, Howard Hughes, or Clark Gable. The subject of the most newspaper column inches in 1938 wasn’t even a person. It was an undersized, crooked-legged racehorse named Seabiscuit."

Laura Hillenbrand lavishly spends her chapters introducing us to Howard, Smith, Pollard and Seabiscuit, each with their own fitting grandeur. It is a pleasure to read the small, interesting bits of Seabiscuit's life with Smith, and Smith's life with his favourite champion racehorse. I thoroughly enjoyed the descriptive episodes where Smith is lovingly worried about the grooms feeding treats to Seabiscuit leading him to put on weight, and is torn between firing them for not following his instructions and letting them stay because the horse was so enamoured by them. Smith's merry in taking the media reporters on a ride is even more merry to read about!

“So long, Charley” cries Woolf, the jockey during Seabiscuit's ultimate win against War Admiral, what is still considered to the greatest race in the history of horse-racing. The victory cry came to stay for decades as the winning exclamation of jockeys. Seabiscuit and Howard grew old together, when Seabiscuit retired from racing, after breaking all the records possible.

"Seabiscuit settled well into his retirement. Knowing he needed activity, Howard taught him how to herd cattle. The horse loved it, nipping at the animals’ rumps and torturing them as he had once tortured War Admiral and Kayak."

Finally, I would like to give you one fair warning that the book itself gives. I haven't watched the movie on Seabiscuit, but here's the excerpt from the book:

"Hollywood took the tale of Seabiscuit’s life, deleted everything interesting, and made an inexcusably bad movie, The Story of Seabiscuit, starring Shirley Temple. They cast one of Seabiscuit’s sons in the title role. When they set up to film the War Admiral match race, they deliberately chose a woefully sluggish horse to play War Admiral. Unfortunately, the Seabiscuit son was even slower."

I absolutely loved the book, and I am so glad I read it. This book had a weird way of making me so happy with every win by Seabiscuit, and I have come to love the way the horses were described. I think it is one of the best narratives- descriptive, fast-paced, and doing full justice to its story! It's a must-read!
Posted by Sandhya Varadharajan at 8:35 PM