Longfellow's July From The Poet's Calendar 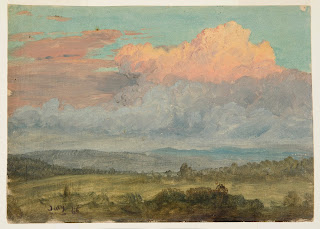 I had shared a poem by Wadsworth on June last month, and many friends reached out and told me it was a nice post, and they enjoyed it. These poems are from The Poet's Calendar by Henry Wadsworth Longfellow. The Poet's Calendar is a compilation of Longfellow's set of twelve beautiful poems, each song describing and narrating the essence of each of the twelve months of the calendar year. Since many seemed to have enjoyed, I wanted to put up the excerpt of the relevant poems for all the rest of the months this year! So, here you have Longfellow's July:

My emblem is the Lion, and I breathe
The breath of Libyan deserts o'er the land;
My sickle as a sabre I unsheathe,
And bent before me the pale harvests stand.
The lakes and rivers shrink at my command,
And there is thirst and fever in the air;
The sky is changed to brass, the earth to sand;
I am the Emperor whose name I bear.

July is definitely a month of transition, and not as fair as the lovely June. Yet, every month has it's own beauty. If you want to read all the set of twelve songs, you can read it here: https://bit.ly/2YrS66R

Have a happy July!
Posted by Sandhya Varadharajan at 9:34 PM