Tongue-Twisters We Tried As Kids (And I Still Can't Say Them!) 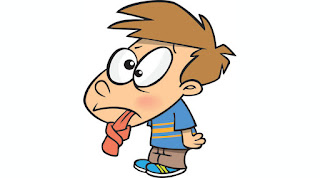 Tongue-twisters were definitely fun during school. I even remember a couple of games using tongue-twisters we played in our English class as a part of the learning. I was always so very bad at them, and till today I can't get a single one of them fully right! The other day, my friend and I were recollecting some of the famous and fun ones, and laughing about how we could never really do them. While finding out the full versions of those tongue-twisters, we also realized how much we changed it to make it do-able!

Some tongue twisters made a proper story, while others were short phrases. And, some of these short phrases were difficult in themselves to pronounce, while the others became more and more confusing and difficult as they were to be repeated over and again.

Some of the most insanely difficult ones were regarded to be:

But, I could never even get the 'She sells' one right even once!

My friend and I remembered several most-distorted versions the classic Betty Botter and Peter Piper tongue-twisters. The bit of better butter in the batter always slid way out of control and beyond redemption, and so did Peter Piper's peck of pickled peppers!

It has always been a thing to show off if you can have the clean pronunciation, and display the adept mastery over the way of words and phonemes, by conquering these tongue-twisters. And, it always commands a respect and excitement when people can actually say them! Those who could say it were clearly the heroes when it came to this forte, and I always was awed, the kind of awe where you stare at them with an open mouth and dreamy eyes, at how they could get it all clean and right. It was supreme talent, in my eyes.

Can you get tongue-twisters right? Which is your favourite one? Do you know any in your own regional languages? Share them in the comments!
Posted by Sandhya Varadharajan at 9:39 PM