The Land Of The Rising Yen 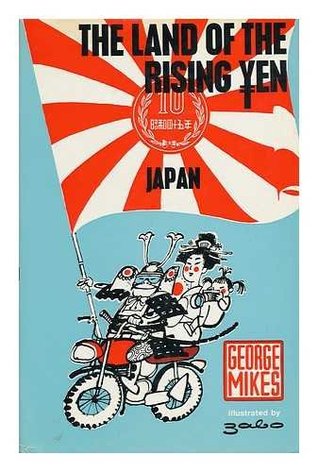 A brief outline on the history along with some detailed observations and anecdotes on the culture and people of Japan as Mikes saw in the 1970s, The Land Of The Rising Yen beautifully and gently captures Japan in the post-war and pre-boom period of the country.

The book divides itself into three parts, one each on the people, the way they live, and the places. Believing that this Oriental heartland is "scrutable" as contrary to stereotyped expectations, Mikes goes on to explore this wonderland through light-hearted humour and keen observations on the Japanese lifestyle.

"Stereotyped images die hard and there is always good reason for their existence."

With the above thesis, George Mikes meanders through the habits of kimono-clad men and women in Japan bowing ceremoniously, the shades of their pagodas, their geisha girls, antique string instruments that are akin to their culture, flower ceremonies, tea parties, and the tales of furious and disgruntled samurai.

Mikes is floored by the Japanese courtesy throughout the book, and makes sure you are too. Not one chapter goes without yet another hilarious anecdote on embarrassments, misunderstandings, and the sheer awe he develops for the "Japanese manners". He observes how the art of saying 'no' is not one of the great Japanese arts, and that the exquisite manners of the Japanese could be exasperating, not to single out their "mania for bowing"! Here is an entertaining piece from the book, where George Mikes reflects on their intense affection for politeness:

A very interesting chapter is one titled 'Ladies and Gentlemen' where Mikes explores the similarity between the Japanese and the British, Americans, Chinese, and French. I also loved the chapter where he attempts to dissect the Japanese language. While surprised at the influence of English in the language, he wonders for a long time through his journey in Japan how he still couldn't understand one single word in a conversation, and the answer to which he sums up as:

"The answer is that the Japanese take the words and then twist them, adapt them, beyond recognition."

It is heartening to read as he joyfully describes his new discovery where the Japanese add a vowel in the end of English words, and spell r's instead of l's. Cheese became cheesu, flight became frightu, hotel became hoteru, and nonsense became nonsensu.

The author also takes you through the 'ugly city' of Tokyo, the beauty of Kyoto, and the Manchester of Japan: Osaka (a rare-ish city in Japan where the people preferred cash to symphony orchestras).

Being an Indian, somehow, reading about 1970s Japan brought with it a little bit of happy familiarity. It was not the kimonos that I felt familiar with, but the Japanese wearing a pant when they went to office and changing to a more comfortable, traditional outfit when they came home. It wasn't the dishes that were familiar, it was the way they stuck to their traditional dishes. The tinge of familiarity from an Indian's perspective, on a view of Japan in the 1970s by a European- that's an amusing cocktail of criss-crossing cultural identities!

I loved The Land Of The Rising Yen. With the wonderfully quirky ink cartoons by Zabo, a French cartoonist, this is an enchanting and humorously genteel piece of work on the Japanese, giving you a brief introduction and first-hand chronicle on Japan and the Japanese hospitality! This is a book where Mikes has had a enjoyable, pleasant, and entertaining time in Japan, and sums it up for you!

The only thing to keep in mind is that the book dates back to the 1970s and is not essentially about the experiences that one may have in Japan today. However, it gives great and respectful insight into the Japanese culture! I loved it!
Posted by Sandhya Varadharajan at 9:05 PM