Fairy Dust Of The Hoi Polloi 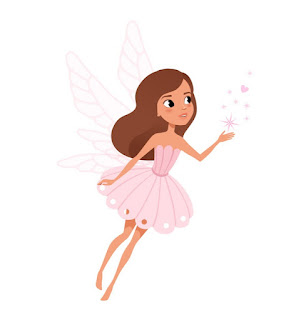 Abracadabra, whoosh, and an elegant, voguish wave of the mind-wand! That's all it takes to endlessly sprinkle the magic dust of the Hoi Polloi, and we have quite a few of them!

Kindness. The best of the lot. They say, in a world where you can be anything, be kind. Kindness is a wide umbrella that incorporates and overlaps with other key human traits such as forgiveness and helpfulness. You be kind, and you will see others being kind to you.

“But remember, boy, that a kind act can sometimes be as powerful as a sword.”― Rick Riordan, The Battle of the Labyrinth

“No, no! The adventures first, explanations take such a dreadful time.”
― Lewis Carroll, Alice's Adventures in Wonderland & Through the Looking-Glass

Empathy. Listen when someone talks, see what someone shows. You don't have to agree, but you also don't have to decide not to agree before even you give it a chance. When you don't like something that someone says, try to understand why they say it. This is a superpower that we have that has the greatest potential to bridge the gaps and play fair.

“I did not know how to reach him, how to catch up with him... The land of tears is so mysterious.”― Antoine de Saint-Exupéry, The Little Prince

Respect. This is the sine qua non to life- the most necessary of the lot. Without respect, there is nothing. No other virtue- not kindness, nor patience or empathy, nothing can earn you respect. Give respect and take respect- it's a no-bargain area. While we can manage to cross through a phase without kindness or patience, it is difficult to cross one without respect. And, self-respect and the value you bear upon youself is the core that makes us keep going.

“Above all, don't lie to yourself. The man who lies to himself and listens to his own lie comes to a point that he cannot distinguish the truth within him, or around him, and so loses all respect for himself and for others. And having no respect he ceases to love.”― Fyodor Dostoevsky, The Brothers Karamazov

And, many more! Humans are creatures blessed with a range of emotions. But, like a fairy keeps away from mischief, so must we! Neither entertain mischief, nor pull off any. Let's do the world the good we can. And, we just need to sprinkle on the people we know everyday- mom, dad, siblings, friends, teachers, and acquaintances. That's really all that it takes.

Next time you dismiss someone's words, maybe show some empathy, respect? Go back and think why they said what they said. Maybe, you were wrong. Maybe, they were wrong. Maybe, they aren't empathetic, they why should you be- is that what you are thinking? Be kind and patient, they will learn, and so will you!
Posted by Sandhya Varadharajan at 9:42 PM