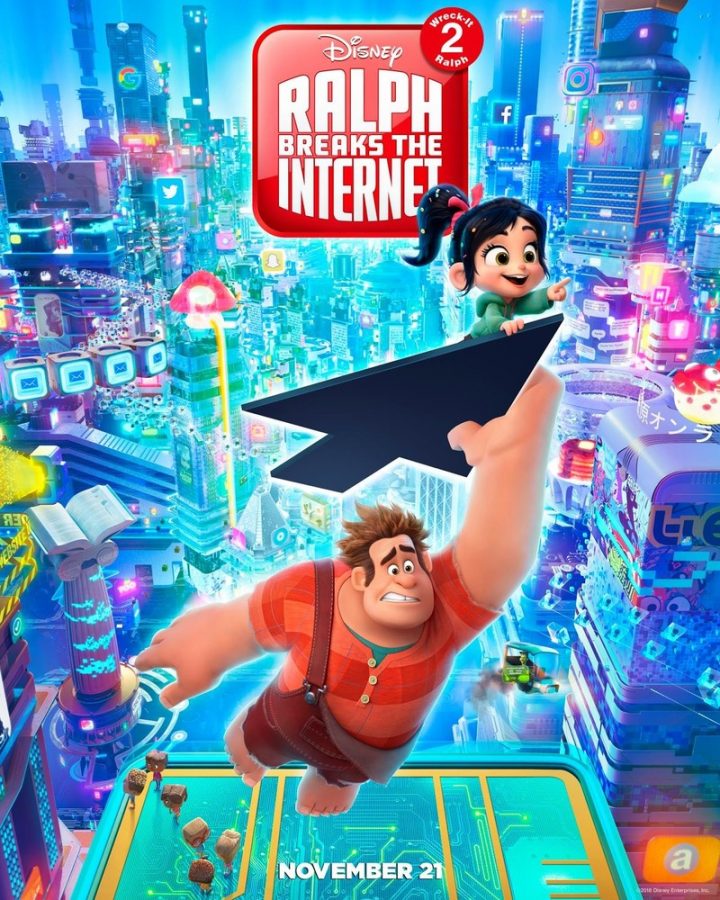 Vanellope von Schweetz is bored of driving around the same old tracks, and being the same old star racer in her game, Sugar Rush. There is a new plug-in to the surprise of all the game characters in the arcade- 'WiFi', but they are strictly forbidden to enter that zone. In a misfire when Ralph creates a new track for Vanellope to make things interesting for her, a desperate human player of Sugar Rush at the arcade turns the steering wheel a bit too much trying to control Vanellope in the game, who had ditched the original track to explore the new one by Ralph.

Sugar Rush is an old game, and the human girl finds out that the only one final steering wheel available is on eBay. The owner of the arcade decides to unplug the game as the steering wheel for the game is much costlier that what the game makes in a year at the arcade. Ralph and Vanellope decide to enter into the Internet through the WiFi zone so that they can buy the steering wheel from eBay and save Sugar Rush.

I'd have loved to say that is all the movie is about, but that's not all. The first half of the movie was extremely entertaining, with some very relatable and hilarious personified depictions of what we come across on the internet while browsing like pop-ups, suggestions during search results, advertisements, 'trending' videos, and several other things. But, towards the latter half of the film, it slid into what was more a fight and insecurity about friendship. That was still fine. Towards the very end, it was just Ralph and Vanellope taking turns and competing to be sad for not being a good friend to each other.

Those who have watched the absolutely brilliant and fun first part Wreck-It Ralph: you'll know the premise in which the theme of friendship has been used in this movie. However, it was plainly weird sentiment rather than any concrete story or plot towards the end. Even with such an interesting and promising start, and steady build up of what seemed like a nice storyline, Ralph Breaks the Internet somewhere lost its story towards the end, and held on to a single point, leaving other factors hanging.

It was an okay film, but nowhere close to the amazing Wreck-It Ralph. So, if you are watching it after the first part, don't carry over your expectations from there!
Posted by Sandhya Varadharajan at 9:40 PM