What Is A Blockchain? 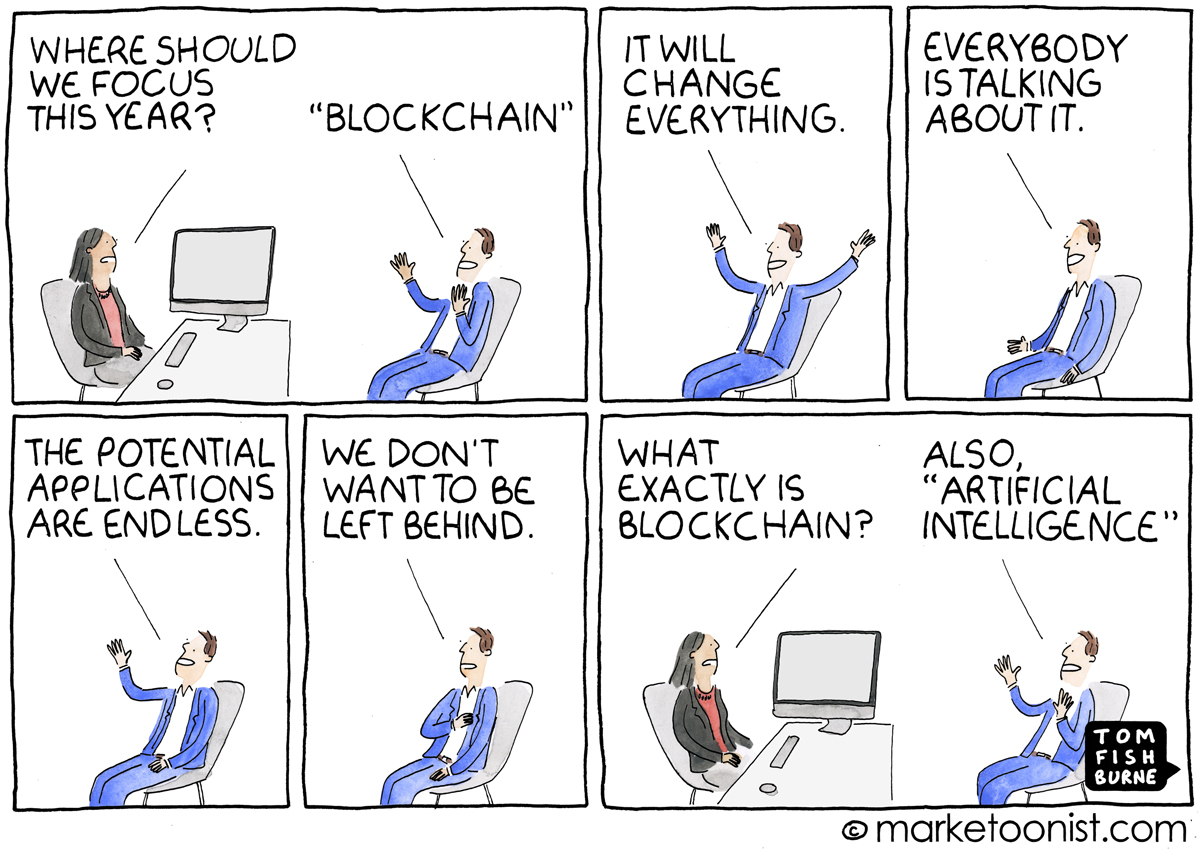 Ever heard of the fancy word blockchain used a lot nowadays? Maybe, you glanced it on the morning newspaper headlines about bitcoins. Or, maybe you just saw the word on an article with a confusing content. After looking at that word multiple times, and not really taking any effort at all to understand what it is, I finally decided to look it up so that I can at the least understand what the article I was reading was talking about. Let's take a basic look at what the word means.

"A blockchain is a distributed database that acts as a peer-to-peer ledger system."

Okay, if you are like me, you won't know what that line means. Ledger system? Peer-to-peer? Distributed database? What in the world, really?!

So, to put it in a simpler, more understandable form, and to express how I understand it in its most basic way: A blockchain is essentially a list of records, called blocks, that keeps adding on further and further with increasing data, that are linked through cryptography. Each block contains a sort of mark of time and detail of transaction, and this cryptographic hash of the previous block is linked to the next block. Also, this cryptographic chain of blocks, by its complex design, is resistant to modification of the data.

The next question after this basic understanding is: SO? To answer this question, let's look at how the CEO of Ubiquity, a blockchain startup, expressed it, in one of the articles.

"The blockchain allows any individual or party to independently verify that a transaction or record existed in a certain form at a certain time."

So, a blockchain works similar to torrents or what is called as a peer-to-peer system, where thousands of computers around the world are connected and running the same software, working with the same data, and tracking the data all the way back to its origins. The storage of these transactions ensures that a block or' node' that basically holds some of the transaction and time data, should be replaced by other blocks. The data stored on this block is not only stored on this server, it has network-wide backups, so the overall architecture makes sure to avoid a single point of failure.

That is the most basic information that I gathered today, without confusing myself too much. And, this was enough to comprehend all those articles, without feeling like neglecting a word that may have a major impact on the meaning of the article. And, a huge disclaimer is that blockchain is not probably as simple as this! But, it is just a little better than just knowing the word.

Hope you got a basic understanding, if you didn't. And, if you know more, then please do add it in the comments!

And, if my basic understanding needs correction, I'd be happy to learn! Let me know through the comments below!
Posted by Sandhya Varadharajan at 9:45 PM