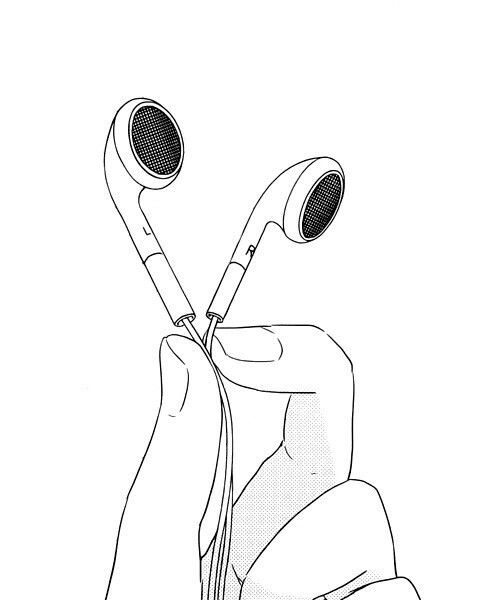 Music is something that I have been introduced to very young. My mom loves listening to Carnatic music, a classical South-Indian genre, and she watches a lot of concerts, they are called 'katcheri'. I learnt South Indian Carnatic music for a long time during my schooldays from a professional classical Carnatic music guru. Being in Chennai, music is found everywhere in the December 'margazhi utsavam season'. Almost in every household, the kids learnt, when I was in school, classical music in some form- either vocal or instrumental. Our own school had two dedicated periods for music- one traditional and the other western, where we learnt a mix of swaras and jingles- all in the same spirit!

However, apart from the jingles that I learnt in school, and the trendy scores, I never had the opportunity, nor bothered to explore other genres of music. Words like pop, rock, jazz, rap were just words to me, really, and I didn't have a great sense about them. But, college opened up a lot of new music to me. Initially (and still actually, haha), I shied away from conversations about music because of the worry that I didn't really know much about it. And then slowly, I started looking at it the other way: I don't know anything is the best place to start a conversation from! And wham-bham: my friends were always asking me to check out this and that, and they were constantly sending me song suggestions. I kind of got into a groove about it.

Over the semesters (since I've come to identify time in the scale of semesters like any college student), I have explored quite a bit, and I have to admit I found out ones that clearly weren't favourites, and then ones that I really loved.

There are so, so many songs that I listened to and liked over the semesters, but here are five songs which are special to me because a) I loved them, and b) they actually opened me up to other songs and music. Note, there is no order of preference.

1. Someone New - Hozier : Have to give Hozier the first place. A dear friend made me listen to Someone New as we were walking through our University campus, and that's the story of how I met Hozier without even knowing what I was listening to. It kept playing in my head so often, I was compelled to go back and ask from her what song it was. And from there, I started listening to most of his songs.

4. B-A-B-Y - Carla Thomas : When I saw Baby Driver, apart from all the car stunts that left me glued to the screen, this was the one song I wanted to go back and check out again. And then, before I knew it I was listening to it on repeat.

6. Dancing Queen - ABBA : Like I already told you, we don't listen to English songs much at home. But, my dad pulled out a list of ABBA songs from one of his friends once, and Dancing Queen just came right to my heart. Loved it then, and love it now.

7. 24K Magic - Bruno Mars : This was the first Bruno Mars song I ever heard. And, we all got to accept, it does make us dance!

8. Come Together - The Beatles :  This was something I listened to for the first time while cleaning up my room, when my Spotify artist radio just played it. I didn't even know it was by the Beatles! But, the song caught on to me and I went back and checked it out, and since then it has always been in the playlist!

Oops, I said 5 songs but looks like I have a lot of special ones! This is obviously a list I can keep adding to. But, just like I wrap up my research papers in college: the list is beyond the scope of this blog post!

Which songs are special to you? Would you like to add a suggestion, or two? Let me know in the comments!
Posted by Sandhya Varadharajan at 8:56 PM