One L: The Turbulent True Story of a First Year at Harvard Law School 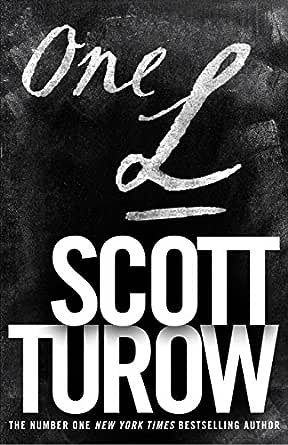 Do you, or did you, ever feel, "I am a law student in my first year at the law, and there are many moments when I am simply a mess"? Pick up this amazing book of experience by a "1L" in the first year of HLS (Harvard Law School), and every line would be something that you would relate to at a very personal level. When I opened the book, and I saw the first line, my brain went: woah, this has happened to me! And, I quoted the book on twitter and put up how I relate to it. And, then I read the next line, and the next, and the next, till the very last line of the book, and there wasn't a dull moment as I went on a surprisingly funny and relatable ride of reliving through the anguish, nervousness, excitement and the free-falling fear of a first year at law school.

Written beautifully, and honestly, Scott Turow captures the small things that dominate through your law school experience as he joins as a married 26 year old in HLS: the nervousness of being called by the professor to answer a question, the gross inadequacy of confidence to answer even when you have a well-rounded knowledge and reading about the subject, the struggle of making notes, and the conflict between referring voluminous works of authorities and the summarized guide/help-book versions that seem doable one day before the examinations, the change every student undergoes as a person, and the shift of perspectives as we learn the law.

Some of our professors themselves have written books on the subject they teach, and I have personally had such experiences, and we tend to read from their own books for their subject because as the book aptly captures it:


“Two buddies of mine say that the dude’s whole course is in there.”

Till our schooldays, we were the topper of the class: our ego boosted. And, when we enter law school, we are humbled to realize that almost every single other person is probably better than us, has a different perspective, and though it is hard to struggle with the hit on our ego, it's best to learn and move ahead! An excerpt from the book beautifully captures the feeling.

"All your life you’ve been good in school. All your life it’s been something you could count on. You know that it’s a privilege to be here. You’ve studied hours on a case that is a half page long. You couldn’t understand most of what you read at first, but you have turned the passage inside out, drawn diagrams, written briefs. You could not be more prepared. And when you get to class that demigod who knows all the answers finds another student to say things you never could have. Clearer statements, more precise. And worse—far worse—notions, concepts, whole constellations of ideas that never turned inside your head."

Unlike other courses of study, law is difficult not only because of its volume and concepts, but because of its indefinite derived terms and maxims from French and Latin, and also the never ending set of jargons. On top of this, the judgments are the least easy to read. A lot of days, during my internships, I have personally struggled with the long-winding, meandering sentences that conjunct multiple concepts in a single line, even though I consider my English and comprehension skills pretty decent.

"In reading cases, I soon discovered that most judges and lawyers did not like to sound like ordinary people. Few said “I.” Most did not write in simple declarative sentences. They wanted their opinions to seem the work of the law, rather than of any individual. To make their writing less personal and more impressive, they resorted to all kinds of devices, “whences” and “heretofores,” roundabout phrasings, sentences of interminable length."

Examinations are a big deal in law school. Concepts thorough, you feel so? Try giving the paper. Your preparations are, more often than not, reduced to nothing. The exams not only test what you have learnt, but some papers of some professors are impossible to answer unless you have internalized the concept to an extent you are prepared to answer any such far fetched application in less than half an hour. Scott Turow captures its essence aptly as he describes how cheated he felt after his exams, where his elaborate daily preparation for classes had not been worthwhile, and the fine analysis of every case were not merely irrelevant to the exams, but had also proved to be beyond the grasp of his memory.

I loved the book to its every word. It's a must read for every law student. I enjoyed the book so much, and there was so much truth in it. I just shared a few excerpts here, and I had my friends already texting me after looking at the tweet quotes that they wanted to read it!

It is a wonderful, honest book, and Turow has absolutely and aptly captured the experiences of every law student. Thank you Turow for this amazing book!

Here's one more excerpt from the book that I really, really loved (and, it is so true, hahaha):

Posted by Sandhya Varadharajan at 12:16 PM