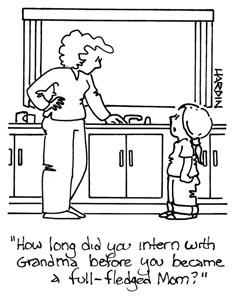 We are back at that time of the semester when everyone is frantically applying to a hundred places for a place in the summer internship slots. And, on a such a momentous frame of time, I present to you an honest report that I wrote after my first day of my first internship ever.

Day One of my month-long internship with the Tamil Nadu Human Rights Commission started off yesterday. I was asked to report to their office at 10.30 AM. Being a punctual girl, I was there right on time to be greeted by a lady staff. She inquired about me and then when she learnt that I was a student, she asked me to wait until “sir” came.

Slowly people trickled into the office room and smiled at me, and I smiled back at them too, expecting one of them to be the “sir”. No such luck. All of them smiled pleasantly and told me that “sir” would instruct me on everything that I had to do. It was eleven and most of the staff had come by then.

Finally, at eleven-thirty, an elderly man walked in and everyone greeted him. The lady staff who first spoke to me signalled that he was the one I was supposed to report to. I, an eager first-time intern, immediately stood up and gave him a bright smile, and informed him I had come for the internship. He smiled and just waved me to sit back in my chair again. And then, for another hour he went on with his job as I sat there just observing the people work.

The office room is a small space with six work desks and a few extra chairs. There are piles and bundles of case files piled up everywhere. There is a computer in one of the work desks that stores details of the cases in an excel sheet. There are also two telephones in the room for calls from the public.

At twelve thirty, “Sir” finally asked me to pull up the chair near his desk, and I got to know his name. He started briefing me about the Human Rights Commission. I am just summarising what I learnt from him yesterday.

The SHRC was divided into three wings- the administrative wing, the legal wing and the investigation wing. These three wings operated in sync. The Commission is headed by the Chairperson who is a retired High Court Judge. Also, it has two members- one of whom is a High Court Judge and the other is an IAS officer.

The State Human Rights Commission is for lodging any sort of complaint on the working of any government official. The complaint should be such that it is on something that is within the scope of their duties as an employee of the government. These cases that are filed on the officials are then sent to the Investigation wing of the HRC from the legal wing. After analysis, a report is sent back to the legal wing. Then a date is set for the trial and the petitioner and the defendant are allowed to present their case, they are questioned, witnesses are examined and cross examined, and finally orders are passed. The judges do not have the power to give out a punishment for the official found guilty as they are protected by the state powers. So, instead the order authorizes the HRC to send out a recommendation to the official which is filed on his name. Such recommendations for being found guilty of an offense can cut out incentives such as promotions and retirement benefits for the government official.

Sir gave me a bare act of the 2006 amended version of The Protection of Human Rights Act, 1993 with State Human Rights Commission, Tamil Nadu (Procedure) Regulations, 1997. I was pretty proud to read the bare act as I could now, after one whole semester at law school with Legal Methods as a subject, could identify parts of a statute such as the short title, long title, definition clauses, provisos and non-obstante clauses. It felt like something that I learnt was being put to use.

Sir then detailed me on how I should make an entry of the cases and their statuses (Pending/Closed) into the case book classified year-wise and case number-wise. I did this job for sometime. And then, I was asked to attend the phone calls and take down the name, district, case no. and the petition date from the caller. This was a lot of fun and I liked doing it. For every case, the entry must also be made in the excel sheet. I did this job also for sometime. The jobs that they made me do were kind of repetitive but that is all the job there is.

They also told me that I could go through some of the case files when I was making the entry if I was interested. I did try to do that but since all of the cases that I dealt with yesterday were in Tamil, and in quite unintelligible handwritings, I gave up after sometime.

There are also three trial courts in the campus and I would be able to see some of the proceedings in the future.

Reading this now, I realised that none of my other internships were this chilled out. They were all hectic, and mostly with extended working hours, sometimes even on a Sunday.

But hey, they're all good, good memories, and I've met some of the most brilliant people thanks to the stints of internship.  And, looking forward to more!
Posted by Sandhya Varadharajan at 7:29 PM