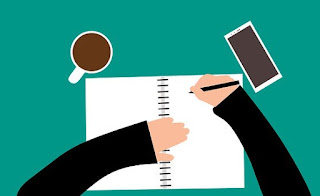 Writing anything in a short, meaningful manner is difficult. Writing meaningful short stories is probably one of the most difficult things. And, I mean stories. Not any essay, not a personal experience, not a short scene that can create an impact even stand-alone. Nope. I'm talking especially about fiction.  I have immense respect and awe for short story writers.

Mark Twain once said something that has rung truer than anything else, and in fact only a writer as great as him could have said that in the way he did.

“I didn't have time to write a short letter, so I wrote a long one instead.” - Mark Twain

To be able to write a meaningful short story takes immense effort. It requires the author to have so much clarity and conviction. It's like a hard, short punch that can send people flat on the ground- but that which takes immense amount of energy to be generated by the deliverer. It's a fitting challenge to incorporate all that you want, and yet keep it short.

If you are writing a novel, then you need to just have a basic idea, and you can develop it in your own pace and fancy- through hundreds of pages. But, a short story needs the clarity of how it is going to end. That is the catch. Most of the time, starting is never an issue, and you will have a core idea. But, a story needs a suitable, believable, cogent ending, too. That is where short stories need a lot of creativity. Within those thousand words you write- you need to introduce your characters, develop them enough so your readers understand how they behave, place something they need and lack, give a plot that takes them through the journey of experiencing an emotion/situation, solve the story's plot-knot and wrap it up convincingly!

I always write short stories when I know how I'm gonna wrap it up. When I wrote Gripped In Doubt, I had the basic idea of a man seeing himself on TV as an accused and being confused. That's how it started. But, though the idea seemed interesting enough to tempt me attempt writing it, I was also unsure how I'd actually solve that case- which I eventually figured and wrote. But, it took a lot of thinking and imagination, and extrapolation in the natural flow of my thoughts. The first thing my dad told me when he read it was that all the while he read it, he was thinking about how I would eventually conclude all that build-up convincingly!

And, I have another short story coming, in which again I had to spend a fair deal of time to make it a neat flow. And hence, I wanted to put up this thought that has been stuck in my head before I put up the story tomorrow!

What do you think? Doesn't Twain's words ring too true!

Posted by Sandhya Varadharajan at 9:48 PM