Where Do You Stream Music? 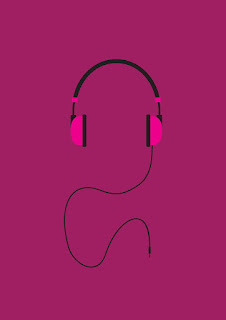 I have been using YouTube Music recently, instead of Spotify, and that is so much better. If you have a free Spotify account, then you basically spend listening to two minutes of ads for every three or four songs that you listen, and that is terrible. The worst part is, it literally counts the number of songs before it throws up the ads again, so it's not like ads pop-up every few minutes you listen to those songs. So, even if you are just shifting through songs on a radio, the ads are bound to hit you up. I have been listening a lot on my laptop during this lockdown period, and YouTube Music has definitely been better. Though, there are ads here too, these ads are literally just 5 seconds. Also, you have the option to skip to another song without having to compulsorily go through the ad!

Free Spotify also does not have half the good songs that you want to listen to. This hurdle is mostly overruled in YouTube Music. It has pretty much had every song that I have looked up for, and so far so good! There seems to be a disadvantage on the phone that if you come out of the app, the YouTube music stops playing/gets paused. This is not so on my laptop that supports android apps! It keeps playing on as I do my other things, and that is really convenient for me!

Free Spotify does not allow you to download songs offline. But YouTube music allows a certain number of downloads for free. It just makes it easier if you want music on the plane or on a train, or generally while travelling because that is when network is an actual problem.

I used to use Saavn, and I genuinely think it was much better than the free Spotify, though less appealing in how it looked. I have also heard that Amazon Prime Music is good, but I have never really tried it. But I think I am starting to like YouTube Music, and might just forget about Spotify in a while.

Which streaming platform do you use? Do you have better suggestions or a playlist for us? Share it in the comments below!

Posted by Sandhya Varadharajan at 9:05 PM