My Man Jeeves on #WodehouseSeries 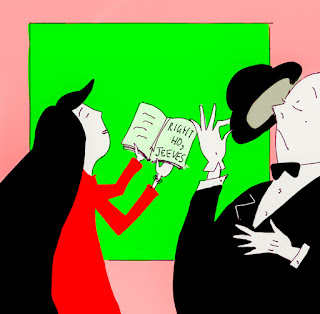 What better way to open the #WodehouseSeries than starting with ‘my man’ Jeeves!

“Good Lord, Jeeves! Is there anything you don’t know?”
“I couldn’t say, sir.”
- The Inimitable Jeeves

Reginald Jeeves, but known for the most part as just Jeeves, is the perfection-personified valet of our favourite Bertram(Bertie) Wooster. Jeeves is probably the most famous character in all of Wodehouse’s creations. From Jeeves offering Bertie, an idle high-class Londoner, the perfect services of a valet to being Wooster’s all-purpose problem solver and undeclared guardian, the Jeeves series weaves a brilliant, classic relationship between these two. In the fondest terms that Jeeves, the perfect butler, would ever be seen to use, their relationship is “pleasant in every respect”.

Bertie Wooster and Jeeves go hand-in-hand in the series of Jeeves stories. It’s funny, it’s charming, and it becomes incredibly close to your heart. When the timid Wooster reluctantly gets engaged to woman after woman because he didn’t want to hurt their feelings, Jeeves always has a grand rescue plan. When Wooster is wallowing in doubt as to what advice he must give a friend, Jeeves always has an answer to sort it out. And, the whole charm of this series is that Wooster is blissfully unaware of Jeeves’ grand plan that saves him, until the end of the stories when he realizes that Jeeves had managed to maneuver him too, though it was only to safety!

So, does Bertie and Jeeves have a perfect relationship? Well, almost perfect. Jeeves was always first to record his disapproval for Bertie’s taste in purple socks and other such fashion choices, which he thought as abominable. But, Jeeves is as Bertie thinks of him: a sort of guide, philosopher, and friend.

“It beats me sometimes why a man with his genius is satisfied to hang around pressing my clothes and what not.”
-Carry on, Jeeves
Jeeves and Bertie were usually used as characters in short stories initially by Wodehouse from 1917 to 1930. The first two full length novels in the Jeeves series, which also happen to be in my favourites, are Thank you, Jeeves and Right ho, Jeeves- both in 1934. I absolutely loved Aunts Aren’t Gentlemen, which is the last novel that featured Jeeves. In this, the doctor advises Jeeves to lead a quiet, resting life for a while, so Jeeves and Wooster head to Maiden Eggesford, where Jeeves helps Bertie deal with the unexpected problem that comes in the form of Aunt Dahlia. Well, what we learn, and what Bertie observes:

“Whatever aunts are, aunts aren’t gentlemen.”

Open a Jeeves book, and you are sure to see an orchestrated grandness by Jeeves to save our Bertie from the most trivial of trivial issues that he manages to entangle himself in. Fueled by the classic English sarcasm and impeccable humour, the Jeeves series entertains you with the stories of young Wooster who is led through life by his perfect valet, whose respectful replies sometimes hide the biggest sarcasm!

Jeeves was a series that Wodehouse continued to write through 60 years! And as you read, you get bits and pieces of these characters revealed to you through the most hilarious stories. The first book that I ever read of Wodehouse was Thank you, Jeeves. And, since then there has been no stopping me from devouring Jeeves novels with the utmost expectations, and they never fail!

If you are someone who has never read Jeeves, then I think you should start with Carry on, Jeeves- a set of ten short stories involving this hit pair, and the first story of which actually gives an insight into how Bertie and Jeeves met! Let me know your favourite Jeeves novel in the comments if you’ve read before! And, if you haven’t, why don’t you pick up Carry on, Jeeves?

Posted by Sandhya Varadharajan at 9:32 PM