Longfellow's August From The Poet's Calendar 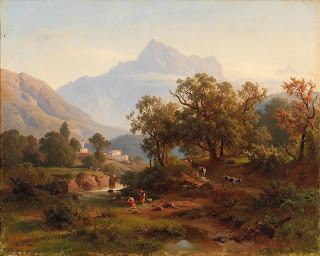 The Emperor Octavian, called the August,
I being his favorite, bestowed his name
Upon me, and I hold it still in trust,
In memory of him and of his fame.
I am the Virgin, and my vestal flame
Burns less intensely than the Lion's rage;
Sheaves are my only garlands, and I claim
The golden Harvests as my heritage.

August leaves the temper and rage of the fiery lion that July presents, and has fairly transitioned into a less intense, vestal flame. The sheaves really do make the most wondrous garland after the golden harvests. And yet again, like every month, August has it's own Octavian charm. If you want to read all the set of twelve songs, you can read it here: https://bit.ly/2YrS66R

Have a happy August!
Posted by Sandhya Varadharajan at 8:56 PM