The Fault In Our Stars, Or Is It? 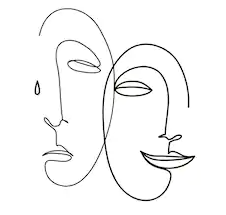 If you pick an average young child, in a bracket of space that the world would consider as average- not shining the brightest in the lot when the results come and yet not breaking the hearts that floated the expectations to be met- the child will probably not be as much an average in skill. And yet, what you see is an average performer. Why?

The simple answer to such a probing would be that the child didn't want such performance, or couldn't perform because of a certain, determined set of factors. From here, the thought process can take two branches. Let's see both of them.

One: the clear lack of wanting to do it. It is most likely that the child really didn't care about getting that 10/10, or didn't think that much about it. He/She just cleared off the goal that the society expected, and settled happily in the average category. What's wrong with that? In fact, that's the most sensible thing to do. Assume that you aren't really driven about cleaning your table, and your mom repeatedly keeps asking you to clean. Would you clean it spic and span, and maintain it what way? Or, would you just clean to the extent your mom wants it to be cleaned? Why would you do extra work where in the first place you weren't even that keen about working?

It may happen that when you do what your mom says as a compulsion initially, you may start liking the clean set-up. And, when you start liking it, and when the clean space starts making you happy, that is when you'd go beyond the expectations of anyone around you and rise above the societal average, and fall into that niche category of those with self-driven cleanliness. People will start quoting you as an example to other people who are still in the average zone. This might not happen in every area that the society wants you to perform in, and it might happen only where you become interested genuinely. Or, none of this might happen, and that is also okay.

The point that I am trying to make is in either case under this first thought process, there is absolutely no issue- because you are happy anyway. So, when does it start taking a negative turn?

Two: the inability to make yourself do it. The child wants to do it, but doesn't actually do anything for it. You want your table clean, and you tell everyone that you love cleanliness, and you talk long about how you cannot be in a place which isn't clean, and then you never clean. People will have a problem with this, and so will you. Neither are you matching societal expectations, nor are you fulfilling your own. If you have big dreams, then you have to act towards it. You cannot let your imagination run wild to push up your own expectations sky high when your actions can't match it. That is when being in the average category will feel like a failure, in contrast to the first thought process where being in the average was equally happy and okay.

“The fault, dear Brutus, is not in our stars, but in ourselves.” - William Shakespeare

That is exactly where it starts taking a negative turn. We may start feeling as if the stars conspire to push us into failure even with so much talent! We'd think of ourselves as capable as someone who is great at what they do. And yes, we may be skill-wise. But, intelligence without actual work, and expectations that don't match activity, is called 'fooling yourself'. That is the last thing that we should do to ourselves. If I want a good blog, I need to write regularly. There is absolutely no point claiming to be a good writer when I don't write anything at all. Nobody will dispute that I may be a good writer, but everybody would agree that just the skill is no use at all. No excuses, and definitely not the one about the 'fault in the stars'.

Be brave to face yourself, be brave to accept the truth about what you can and cannot do, and if you believe you can do something then go for it. Emphasis: don't forget to GO! At the end of the day, nothing matters as long as you are happy and you don't do any conscious wrong to anyone. But, make sure that you work towards what makes you happy, or if you think you can't do that then be happy about whatever works for you. There is no ranking in either of these ways, because at the end you are happy and that is literally all that counts!

Don't blame your stars, or anyone else, for the choices you personally make. There are already several factors other than that you can probably attribute to your stars, but not on what you had the power to do. There is no point being discontent when the outcome was already predictable considering how much you worked on it. The stars neither get the credit for your successes, nor the blame for your failures. Own them both, they are yours. And learn from them, because it is never too late to learn!
Posted by Sandhya Varadharajan at 9:55 PM