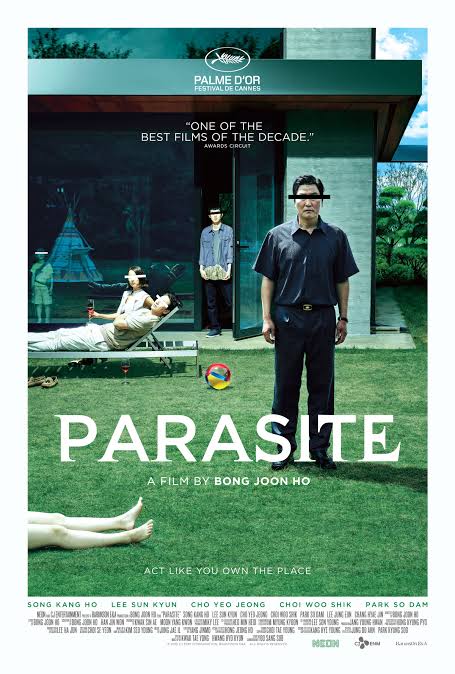 Father Ki-taek, mother Chung-sook, son Ki-woo, and daughter Ki-jeong of the Kim family struggle to make ends meet for a regular living, with no jobs for any of them. What seems a boon when an offer comes their way to Ki-woo, to tutor the daughter of the rich Park family on the recommendation of a friend, soon turns into a string of lies. The well-rehearsed lies, and some well staged plans, lead to the whole Kim family being employed with the Park family, without the Parks knowing the connections between them. There develops a symbiotic relationship between the Parks and the Kim family, and the lives of these two families placed in disconnected worlds cross over. But, the parasites discarded by the Kims, as a part of their hatched plans to get employed, return to threaten their newfound lives, making the heart of the story.

The movie captures the differences in privilege with a honesty that is haunting. The dependence, and the troubles born out of truth and lie is almost parasitic. Privilege till the end remains a dream for the Kims. Their attempts to be employed without lying fail. But when they lie to live, the lies bury them deeper. The details in the film are intricate and well-knit, pushing you to a space of familiarity, and slight discomfort on seeing blank truth, at the same time.

Parasite is a brilliant film. The Korean drama feels extremely true to its title, and it is so real that it keeps you at the edge till the very end. The story is simple, but the sequences are beautifully placed that it leaves you guessing all the time. You know some things would happen as you watch the movie, and they do- but never at the moment that you think they would happen. The film is bounty with twists and turns, and leaves you high on expectations at some points only to hit you with that unexpected tangent of events.

Parasite refuses to fit into a pre-decided confinement of a single genre. It is thrilling to the point that your brain spins with the score of possibilities, and it is also with consistent comedy, leaving you at the end with a feeling of a roller-coaster ride I could bet you haven't been on before.
Posted by Sandhya Varadharajan at 10:35 PM