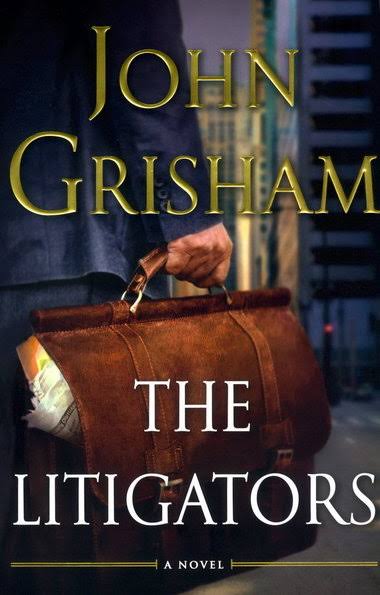 David Zinc is the true picture of every brilliant law student passing out of law school. Highly successful initially and working in a huge law firm that recruits the cream of talent, he soon faces a burnout on the taxing and inhuman life as an "associate" in the firm of Rogan Rothberg, though he is paid a fat sum. In a sudden change of perspective when he reflects on his life, David quits Rogan Rothberg, and finds himself at the doors of the street lawyers, Finley & Figg- a two-partner, ambulance-chasing, struggling and disreputable firm in Chicago.

The three get an opportunity to head a class action case, where they try to gather claimants who are users adversely affected by Krayoxx, a drug developed by Varrick Labs aimed at cholesterol lowering. Finely & Figg initiate the class action suit in the hope that the pharmaceutical company will propose an out-of-court settlement, and they can hit a jackpot deal with them, as a one way ticket out of struggle for money. But instead, Varrick Labs appoints Nadine Karros, the top-notch lawyer from Rogan Rothberg, leaving them all to flounder in surprise and panic.

The rest of the story revolves around David facing himself against his big ex-law firm, and David also trying out cases by himself. The book is not written on the Small-firm-wins-against-big-firm template, which is why I would not give out the interesting line of plot. But, the book offers a fresh story that covers a lot of various situations and issues in litigation like legal malpractices, frivolous cases, false instigation, and the key relationship between a litigator and a judge. There is also enough humour in the book to carry the story forward with ease, and the life of the protagonist, David Zinc, is kept close to what we can relate to.

It was a nice read!

Posted by Sandhya Varadharajan at 8:26 PM