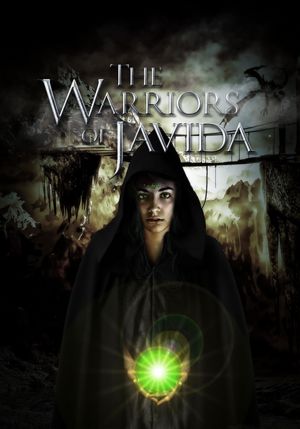 Title: The Warriors of Javida
Author: Samyuktha Nair
Main Characters : Aaliya, Jared, Aaron, Sara, Nathe, Yasmin, Princess Jeni, King Ni, The King Of Jeneezia, Rhia and Hansel.
Description of one of the main characters: Sara is a jewel warrior. Her birth jewel is diamond. She is the head of the community of jewel warriors in Javida. She serves King Ni, the ruler of Javida. She appoints Jared as Aaliyah’s guardian as every jewel warrior has a guardian. She is very kind. She is the most experienced in the community of jewel warriors.
Whom I like and why: I like Aaron very much. He is Aaliyah’s twin brother. He and Aaliyah were separated when they were young. Aaliyah was taken by King Ni and grew up with the king’s daughter, Princess Jeni. Aaron was taken away by a Jeneezian. An old woman possessed Aaron and tried to kill Jared, the ruby warrior.
Setting/theme of the story: Jared takes away Aaliyah to the place where the jewel warriors liven when Aaliyah and Princess Jeni were out in the streets of Javida. According to Sara’s prophecy, a girl with a gold armband in her left hand would end the war between Javida and Jeneezia. As Jared saw Aaliyah with a armband in the left hand made of gold, he took her to his hut. Aaliyah mets Sara, Nathe and Yasmin, the three  other jewel warriors in Javida. Sara appoints Jared as the guardian of Aaliyah. Aaliyah discovers that her birthstone is Emerald. She learns to use magic. One day war breaks out between Javida and Jeneezia. Aaliyah kills the ruler of Jeneezia. Even the Jeneezians feel happy about the death of their ruler. After that, Aaliyah meets her long lost twin brother, Aaron. Soon they discover that Aaron is being processed by an old Jeneezian woman who has been employed by the new ruler of Jeneezia to kill Jared, the ruby warrior. She wants to kill Jared as he is the ruby warrior. Ruby is the sacred stone of Javida. Jared represents ruby, so she wants him killed. But Aaliyah kills the old woman using her magic and saves both Jared and Aaron. One day a man named Hansel, comes to take Aaliyah to the king’s palace as King Ni wants her immediately. Aaliyah goes and she discusses with King Ni, a strategy to kill the present ruler of Jeneezia and end the war. Hansel, a Jeeneezian spy of the king of Jeneezia, rides to Jeneezia that night to tell the Jeneezian king the plan. Then he comes back to Javida and decides to kill Aaliyah. Meanwhile Sara gets a vision that Hansel is about to harm Aaliyah. So the jewel warriors go to the palace of King Ni just in time to save Aaliyah from Hansel. Suddenly a war breaks out. Aaliyah again kills the ruler of Jeneezia. Javida and Jeneezia come to peace at last.
Part I enjoyed the most: I enjoyed the part when the Jeneezians felt happy about the death of their cruel rulers in the battles.
Note:
There are three parts in the story:
1.    Sara’s prophecy
2.    The sacred ruby
3.    Aaliyah’s triumph
Posted by Sandhya Varadharajan at 9:37 PM