An Ode To Chromebooks (in Prose) 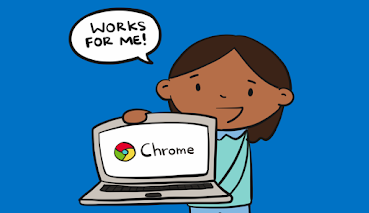 Chromebook. This changed the game for me. My first ever laptop was an ocean turquoise HP Chromebook in 2014. Among all the laptop suggestions that involved windows, iOS, linux, and other systems- I am so glad and thankful I picked this one. And since then, I have never again wanted anything else.

Today, I am with my new Lenovo Ideapad Duet Chromebook, the third one in a row since 2014, and I feel the happiest. I bid adieu to the Asus Flip Chromebook that I absolutely loved and adored the last three years. When I had to think of another laptop to buy, I just had one thing on my mind: I want a Chromebook again.

That's the charm of Google's Chromebook. It's probably one of the most brilliant products they ever made. Having had Chromebooks through the last 6 years, in a way I have seen it grow. My first Chromebook had just ChromeOS. My second(previous) Chromebook could run android apps- which was the most helpful thing ever when my phone failed during this pandemic lockdown. And, my latest one can run both android and linux applications. And, all of this comes with the most user-friendly, minimalist design that amps up your productivity like nobody's business.

A vast majority of us literally use just the browser on a laptop, and maybe store some files on the local storage. That is it! Why do we need a laptop with a ton of things that we would never get to know and use? I heard in an interview talking about Chromebooks, where Mr. Pichai explained how Chromebooks were launched by Google to actually give only what the users need and use. I think that's brilliant, and I love it. I have been using it smoothly for the last 6 years, which proves that anything more isn't really needed.

I love it because of so many reasons. They are usually sleek and light, so it makes it carrying it around so much easier. They have auto-backup to Google Drive, so everything is always safe. I have truly realized the power of a cloud back-up when my phone failed a couple of months ago. Also, for the last six years, Chromebook and its auto-sync on Drive has sorted my life out in a way that's beyond amazing. I think a Chromebook is one of the best laptops for student life, especially (and even beyond that).

These cute, sleek, minimalist Chromebook have charmed me to no end, and it will not fail you either. So, next time you are thinking about getting a laptop- do think about Chromebooks. I promise you, once you try it you are going to fall in love with it.

6 years, and I don't see myself wanting anything other than a Chromebook. And, I don't hope but I am very sure, that I will love my new, third one too!

Also, I wish I could write an actual ode- because this one deserves an ode. But, thanks to my lack of poetical skills- you just got an ode in prose.

Posted by Sandhya Varadharajan at 9:22 PM